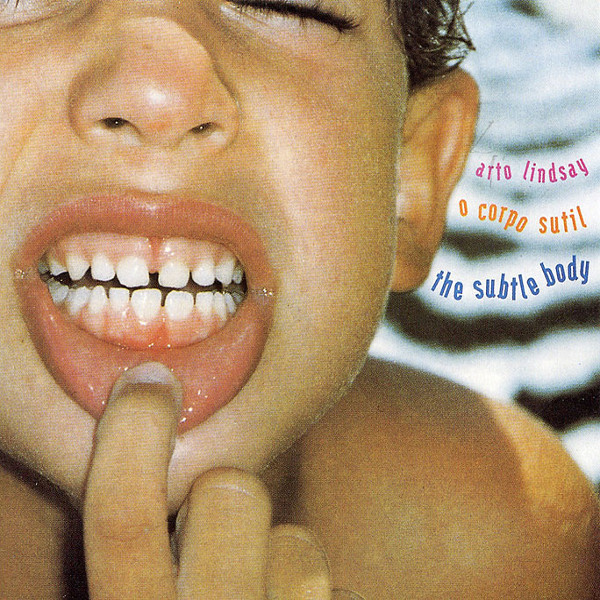 Lindsay has been a fixture of the New York "No Wave" scene and beyond since the early 80s. His most notable projects have been as vocalist and guitarist for The Lounge Lizards (faux-jazz), frontman and later sideman for The Golden Palominos (avant-funk, eclectic pop), and as leader of the Ambitious Lovers. Like Brian Eno, he seems to consider himself a "non-musician" — that is, his guitar solos never seem to behave in any kind of rational way, his vocals have generally strayed towards the bizarre, and his whole approach to music-making has been difficult to swallow (but rewarding for those who really dig what's going on).

Arto's latest project, however, sounds nothing like anything I've mentioned above. Lindsay was raised in Brazil in his youth, and throughout his career he has toyed with Brazilian folk idioms. This new album, however, brings his Brazilian roots to full fruition. Anyone who has heard the classic jazz album by Stan Getz and Astrud Gilberto (yes, with "The Girl from Ipanema" on it) will get serious déjà vu here. Of course, there is no sax on this record, but Lindsay's voice eerily recalls Gilberto's baritone crooning, and guitarist Vinicius Cantuária plucks away convincingly on acoustic guitar. This is probably one of the best make-out records you will see reviewed in Exposé.

Famous names come and go in the process, including Bill Frisell, Joey Baron, Marc Ribot, Melvin Gibbs, and Brian Eno. Kudos also to Nana Vasconcelos, who plays brilliant percussion throughout, and to Ryuichi Sakamoto (an alumnus of Yellow Magic Orchestra) on piano and keyboards. So... the question is, should you buy this? Yes, if you're a fan of Arto or a South American folk enthusiast. However, if you're looking for the next Ambitious Lovers CD, you may want to think twice.