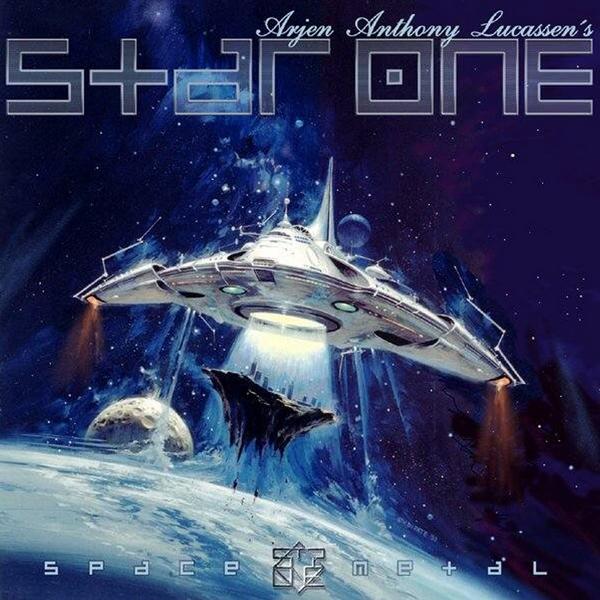 Arjen Lucassen is nothing if not prolific. His main project, Ayreon, has released six albums in the last seven years, including the two-disc concept album Universal Migrator in 2000, and he has put out three other albums on the side. For this newest recording, he’s concentrating on the heavier aspects of his music, so he has chosen not to call it Ayreon. Enter Star One. Rather than telling a single story, this is more of a theme album, with most of the tracks based at least obliquely on science fiction films, Star Wars, Alien and others. He wisely avoids mentioning any specific characters or other copyrighted material, but most of the references are fairly obvious, especially after reading the lyrics (available at www.ayreon.com). The music is fairly standard progressive metal, with bombastic arrangements and dramatic singing (luckily no Cookie Monster growling). Chugging guitars coexist with big Mellotron chords and sparkling analog sequences. Lucassen handles most of the instruments, aided by Ed Warby on drums and guest soloists Erik Norlander, Jens Johansson (of Yngwie Malmsteen’s band), and Gary Wehrkamp (Shadow Gallery). Vocals are handled in typical Ayreon fashion with a number of singers on each song representing different characters. Dan Swano (ex-Edge of Sanity), Russell Allen (Symphony X), Damian Wilson (ex-Threshold), and Floor Jansen (After Forever) belt out the lyrics in turn, often in big blocked harmonies. All in all, I find the music humorous and enjoyable, a real kick to listen to, probably because of my love for the source materials.