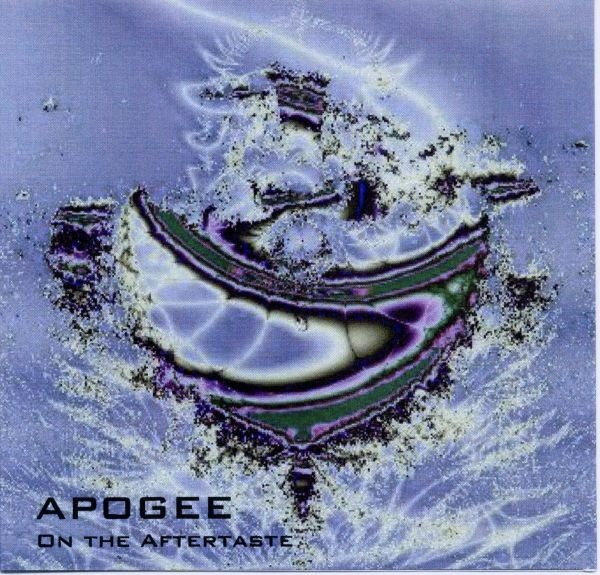 Apogee is the solo project of one Arne Schäfer, guitarist of Versus X. In past issues we have covered his two previous albums The Border of Awareness (issue #8), and Sisyphos (issue #16), both released on Musea, and both excellent examples of Hammill / Van der Graaf Generator influenced symphonic rock with extended multi-part compositions, with Schäfer playing all the instruments and vocals. This is important, because most of the material here pre-dates those albums — recordings from ’95, ’91 and ‘89 which were never released. The 19 -inute opening title track dates from 1995, and works through a number of extended sections with a powerful edge of guitar and keyboards, with some nice instrumental breaks; the lyrics are many, but not included here — instead available for viewing and download at the website. Next we have three numbers dating from 1991, the 12 minute “Posessed” and two shorter numbers. These are more transitional pieces, good but not exceptional, but still deserving to be heard. The final two tracks, “Falling to Pieces” and “Don’t Take It Bad,” together accounting for 26 minutes, both date from 1989, and offer a window to Apogee’s earliest recordings, which included a female vocalist and guest organist. Surprisingly, these two tracks are quite strong and measure up favorably to any of the material on the two Musea releases. While I’d recommend the newcomer start with the more recent releases, this is an excellent supplement that should be considered essential for the fan.

Philharmonie - Nord – Originally formed as an electric guitar trio, this French band led by ex-Shylock fretman Fredric L'Epee has expanded to a four-piece with the addition of Jean-Louis Boutin on drums for the release...  (1994) » Read more