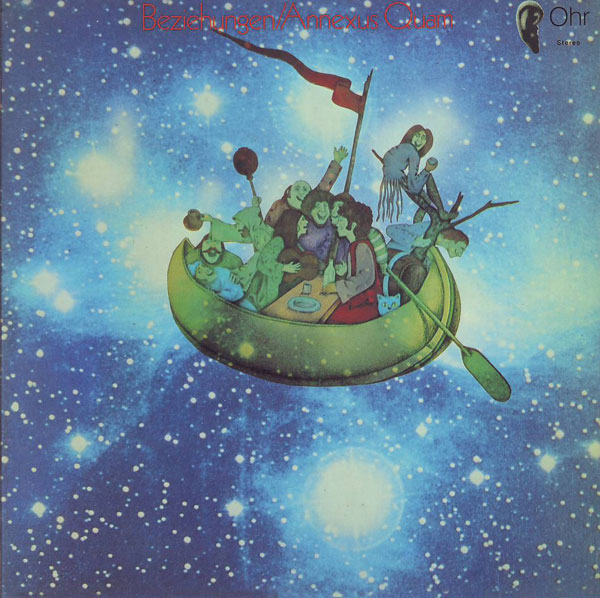 German group Annexus Quam was one of the many experimental fusion groups that emerged from the early German "cosmic rock" scene. They quietly released two albums on Ohr (alongside giants like Tangerine Dream, Embryo, and Klaus Schulze) that practically went by unnoticed. Beziehungen is the second of the two and probably the least musically successful of the two. While their debut Osmose gets notice for its incredible packaging, an album cover that folds into a pyramid, it was also the better of the two as it presented a more atmospheric and cohesive spacey fusion of subtly intensity and vision, especially when compared to the disparate elements at work here. Two out of four of the tracks on this one ("Leyenburg" parts 1 and 2) are noisy clanky free jazz like the rambling and annoying bits of Henry Cow or Area with a Teutonic twist. While it's more listenable than most, sort of like Zamlas mixed attempts, it interrupts the continuity of the whole that made Osmose so good. So overall, not a superb album, but considering the general high quality of music from this country and era, if you are a "Kraut Rock" fan, its certainly worth a listen.