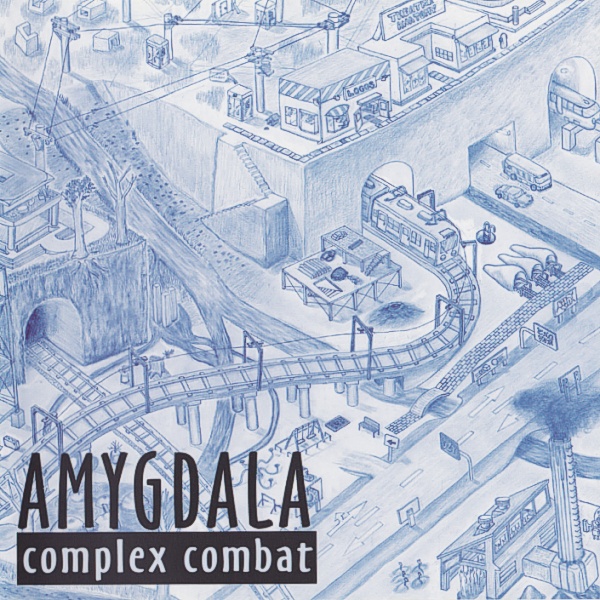 It’s been a few years since Amygdala’s eponymous debut, a complex, powerful and high-energy opening statement if there ever was one; and as strong as it was, its main weakness was the fact that the duo only used programmed drums throughout. That has been rectified with Complex Combat, as the band has enlisted none other than One Shot drummer Daniel Jeand’heur on each of these five long cuts. Also helping out, track depending, is Kenso keyboardist Kenichi Oguchi, turning in some amazing synth solos. There’s plenty of mindboggling complexity and dramatic intensity throughout, and everything herein is tightly composed (all by multi-instrumentalist Yoshiyuki Nakajima), with very little repetition, although some occasional grooves evolve with a vengeance. The result is a disc with a decidedly dark chamber feel, full of blistering guitar and fragmentary melodic keyboard themes, wandering endlessly in search of some resolution; the title suits this music perfectly. Even the bottom end (Jeand’heur and Nakajima on zeuhl-bass) is going through a similar equally restless and chaotic procession. Keyboards are primarily acoustic and electric piano, organ, and synths, while the guitars tend to be very Roger Trigaux inspired. Overall and componentially, there is a strong nod to the RIO school from beginning to end. Readers into Present, Univers Zero, and similar bands will certainly want to check this out.