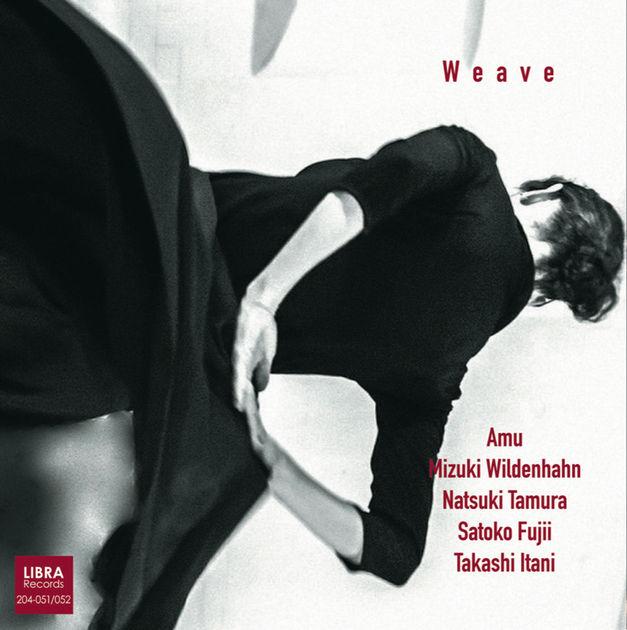 Some music is better seen than heard. Music that is designed to work with dance is especially likely to have this quality. This installment of Satoko Fujii’s album-a-month project features the leader on piano, Natsuki Tamura on trumpet and percussion, Takashi Itani on percussion, and Mizuki Wildenhahn on “percussive dance.” Luckily, the release includes both a DVD and an audio CD, since merely listening to the music conveys only half of the artistry. The piano is almost always recognizable as such, and Tamura’s trumpet sometimes sounds like a trumpet (though in his usual manner, he also indulges in a lot of atypical uses for his instrument), and beyond that you have a wide array of sounds that can generally be called percussive. Itani provides many of those with his unconventional kit, which consists of parts of a standard kit with a large supplementary inventory of other objects, some of which were not originally intended to be musical instruments; Tamura sometimes puts down the trumpet and plays percussion. And then there are the sounds produced by Wildenhahn, which are much less identifiable on the CD. Watching the DVD, however, brings the performance to life. Multiple cameras cover a large stage that is somewhat dimly lit; Fujii, Tamura, and Itani are positioned at the back with a lot of room in front of them. The musicians play very creatively, and as is typical with Fujii’s projects, the pieces are highly improvisational, though I think in this case there are some pre-arranged ideas involved (which may or may not be called "compositions"). Wildenhahn’s performance involves all varieties of movement, and is reminiscent of butõ, though she uses that more as a springboard for her own ideas than as a pure example of the form. She uses her body to produce sounds as part of the moves, and her stomps, taps, slaps, and swishes blend with the music to become an audio-visual whole. The audio portion, when isolated on the CD, is much less interesting, so in this case I would consider Weave to be a DVD release with a bonus CD.