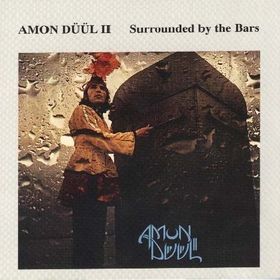 Actually, this is not a true reissue, in that these remixed versions of the band's better songs from their classic early seventies period have never appeared together on a compilation before. Furthermore, the original band members have reformed - temporarily at least - to record two brand new tracks (not three, like the insert says) for the occasion. Let's hope the reunion lasts, because the new tracks are quite good, although very unlike what the band had done before: "Surrounded by the Bars" is a modern take-off on one of their early tunes from Wolf City, sounding very techno-influenced and hard edged, with Renate's voice sounding better than ever. "Dance on Fire" is a harder rocking tune, a bit noisy, with unusual vocal interplay - yet it has all the earmarks of strangeness that made their early work so good. The remixed tunes include "Kanaan," "Archangel Thunderbird," "Wolf City," and "A Short Stop at the Transylvanian Brain Surgery" from the second side of Tanz der Lemminge. The remixes sound considerably cleaner than the original versions, with some real stereo separation and depth. Since this is the only CD compilation of early material available by AD2, this would be a very good place for the novice to get their feet wet - their unique and unusual music has to be experienced to be understiood - and this contains some of the best examples from the 69-74 period.