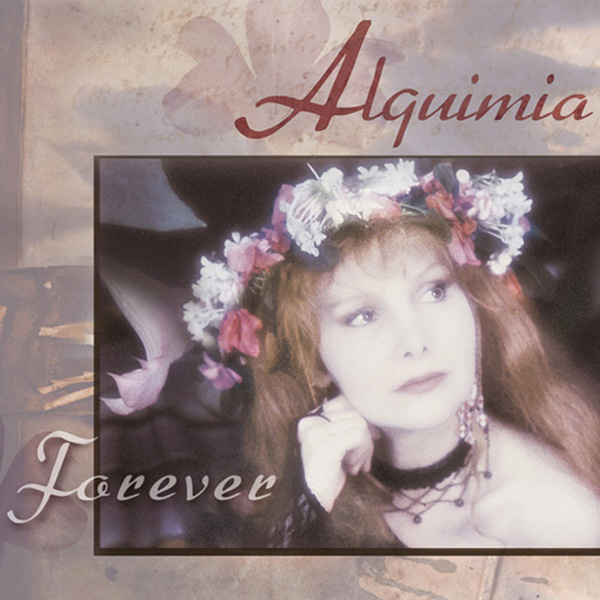 Alquimia, beginning with her album Coatlique — Goddess of the Earth back in the early 90s established herself as the premier female voice in the ambient/experimental field. A series of groundbreaking albums followed, including Wings of Perception and A Separate Reality, each different yet equally explorative, then collaborations with the likes of J.L. Fernandez Ledesma, Roedelius, and Zinkl. Anyone reading this review should be forewarned that the disc at hand has little in common with any of those innovative, pioneering releases of the past. Instead, her latest release is a collection of traditional and original Celtic flavored folk and gentle pop songs, with guitar or piano accompaniment and backed by light orchestration and string bass, with additional backing voices (sometimes multitracked, yet there are other backing singers as well), and occasionally spruced up with folk instruments for effect. If I could just forget all of the other more interesting things Alquimia has done in the past, I would have to say this is quite nice for what it is, albeit a little tame for my tastes. Her voice is still magical and powerful, and applied to these songs, she certainly does them justice. Most of the songs here are also presented in a stripped down form (simple piano or guitar accompaniment only) as MP3 files; to my ears, those are somewhat more engaging than the orchestrated versions. I'm hoping this is just a temporary condition, and that she will return to her more challenging and progressive endeavors in the future.