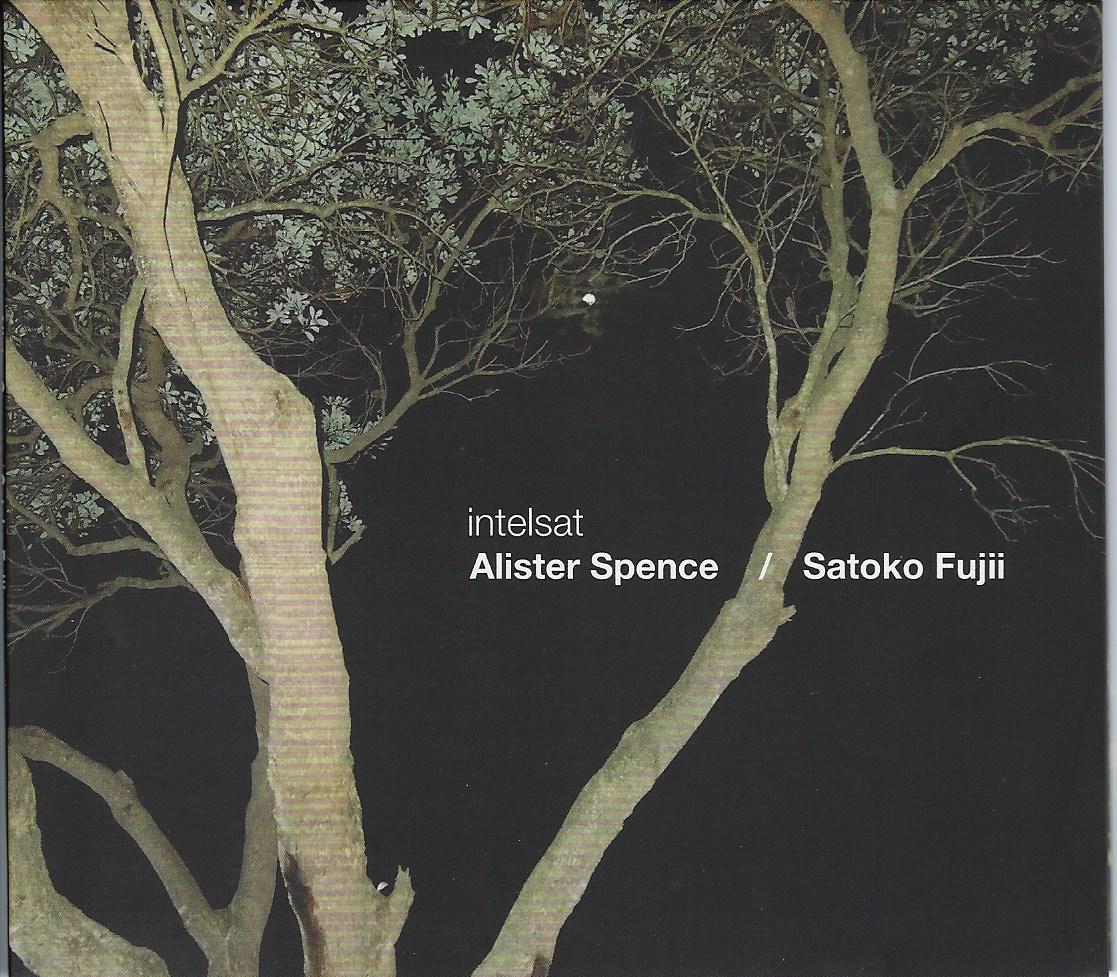 I’ve lost count now, but this is apparently the ninth (of twelve) releases that Satoko Fujii is releasing for her 60th birthday celebration / marathon. This is an improvisational duo with Australian keyboard player Alister Spence, who was part of the four-piece with Fujii Kira Kira who released Bright Force earlier this year. But don’t expect a repeat of that one – Intelsat is a very different type of performance. First of all, there are no drums or trumpet here, secondly and more importantly this is a pure sonic exploration, with Fujii’s piano and Spence’s Fender Rhodes treated, effected and played in unconventional ways such that most of the time their instruments don’t sound anything like one would expect them to, and that’s what adds a truly interesting angle to this release, which was recorded at the Intelsat jazz club in Nishio, Japan, September 7th 2017. The seven tracks here are named for different moons of Saturn, and vary in duration from three to twenty-two minutes, each following its own unique direction into alternate universes. It’s best to just kick back and enjoy the tapestry of sounds without trying too hard to decipher how they are made. There are some things that are somewhat recognizable, like electronic beeps and squeaks, piano played by strumming or picking the strings, something that sounds like muted bells in the distance and gamelan gongs on the opening track “Mimas.” One track here, “Fenrir,” does not feature Fujii at all, it’s a solo piano piece by Spence that seems rather conventional compared to the other six, but comes at the midpoint of the album when the listener might need some respite from all the sonic abstractions. That said, every sound here, no matter how chaotic, random or mysterious is easy on the ears, nothing too noisy or grating. This one is definitely out there, one for the intrepid explorers among us.