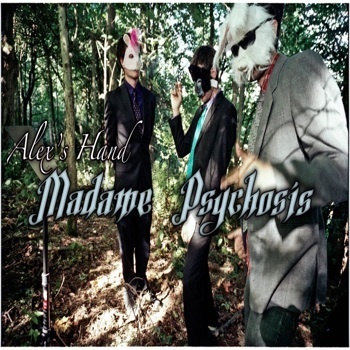 Alex's Hand is a Seattle-based band that's very hard to pin down stylistically. I've seen them live several times, and each show was significantly different from the others. They've been working together long enough that most of their songs seem to be fluid entities, frameworks for performance rather than scripts to be done by rote. So this four-song EP is merely a snapshot of how these tunes worked on a particular day. There are hints of all sorts of things audible in the songs, from theatrical post-punk to blues-based rock to mathy odd meters to unhinged freakouts. In general, the lineup consists of two guitars, bass and drums, with keyboards and occasional horns to broaden the palette; vocal duties are shared out between multiple members. Yes, there is more than a little Zappa here, but in an oblique inspirational way rather than imitation. There's not a dud on this EP, making it well worth the $5 on Bandcamp. What will they get up to next? Who knows, maybe a full-blown rock opera...