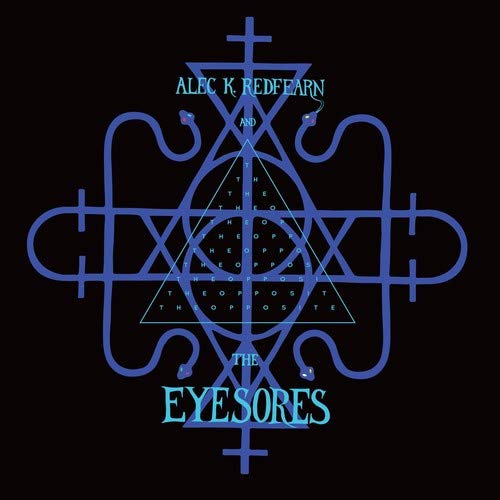 It’s been around six years since Sister Death, the last album by Redfearn and the Eyesores, and that’s an virtual eternity in the life of a band. In the past, they were always a large ensemble, eight to ten players on those early albums, down to six on the aforementioned 2012 album, and now with The Opposite they are down to a quartet, but they’ve obviously figured out more efficient ways of doing things because their sound has not suffered, in fact this may well be among their best releases. With a core band of four, they have presented eight cuts that rock hard and drive like a monster truck. In the center of it all is bandleader and multi-instrumentalist Redfearn, playing mainly organ and electrified accordion along with singing and composing all of the music and lyrics. Ann Schattle (French horn) and drummer-percussionist Matt McLaren have been with the band going back to their 2003 album Every Man for Himself… and possibly longer. The relative newcomer is double bassist Christopher Sadlers, who has been on board since the last album. One thing that must be mentioned is the extensive use of effects and looping, enhancing the basic instrumentation. I could swear I hear fuzz-guitar on a couple of these tracks, but there is no guitar credited, so I guess that must be treated accordion or something. So what of this unusual genre-twisting music that owes plenty to the idea that rock music can be played on non-standard instrumentation? There are enough unusual influences here that make that question almost pointless; the folk and psychedelic elements come through quite clearly, as well as mystical lyrics delivered with near-punk aggression, often buried deep in the mix. It’s a mysterious cauldron of ideas, something that is uniquely their own, but Redfearn and company have been refining these themes and concepts since the late 90s, to the point that what they do now seems just second nature.