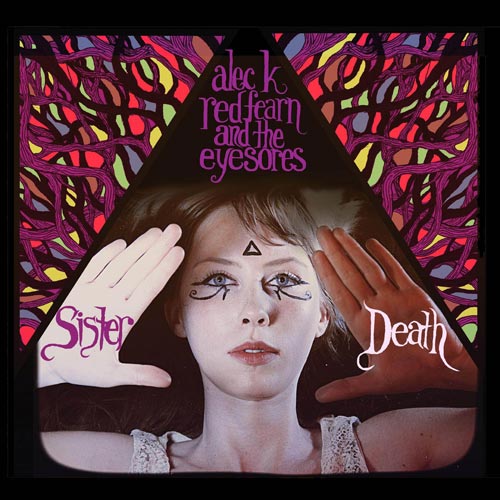 Gone are the days when the mere mention of an accordion conjures up images of clean-cut polka masters hawking stiff renditions of "Lady of Spain" and other standards. Alec K. Redfearn is part of that revolution, along with Kimmo Pohjonen, Amy Denio, and others. Redfearn and his squeezebox lead us along dark paths into the misty night, where the darker side of human nature bubbles a little closer to the surface than most of us see in our day-to-day lives. There's a musical similarity to some of the Dark Cabaret artists out these days, like Katzenjammer Kabarett, Walter Sickert, and so on, but Redfearn has a distinctive take on it. The music combines folk, country, jazz, gypsy, and rock in an eccentric but totally organic way. The instrumentation is as distinctive as the music, with Redfearn's accordion usually present (sometimes with effects pedals), organ, french horn, guitar, drums, and percussion. His own vocals are augmented by female voices. There are many highlights, like the ominous stomp of the rocking "Fire Shuffle," the ethereal lost-little-girl vocals on "Exhumed," the twisted gypsy dance of "Black Ice," and the ominous cover of "St. James Infirmary," which is paired with an original tune called "Headless Emcee" (the middle section, I think). These standout moments are enhanced by listening to the entire set straight through, presenting a journey of sorts through dark places and into the hopeful light "In the Morning." This lovely, melancholy tune is not without its own darkness, courtesy of some atmospheric feedback, but we wouldn't want you to think that everything will work out in the end, only be brighter than what you've been through.

The Bass Gang - Evasioni, Fughe & La Contrabbassatta – Alberto Pocini is a double-bass player from Italy who's played extensively in his homeland as well as with the London Symphony Orchestra. Pocini's After Genesis project attests to his varied musical...  (2007) » Read more