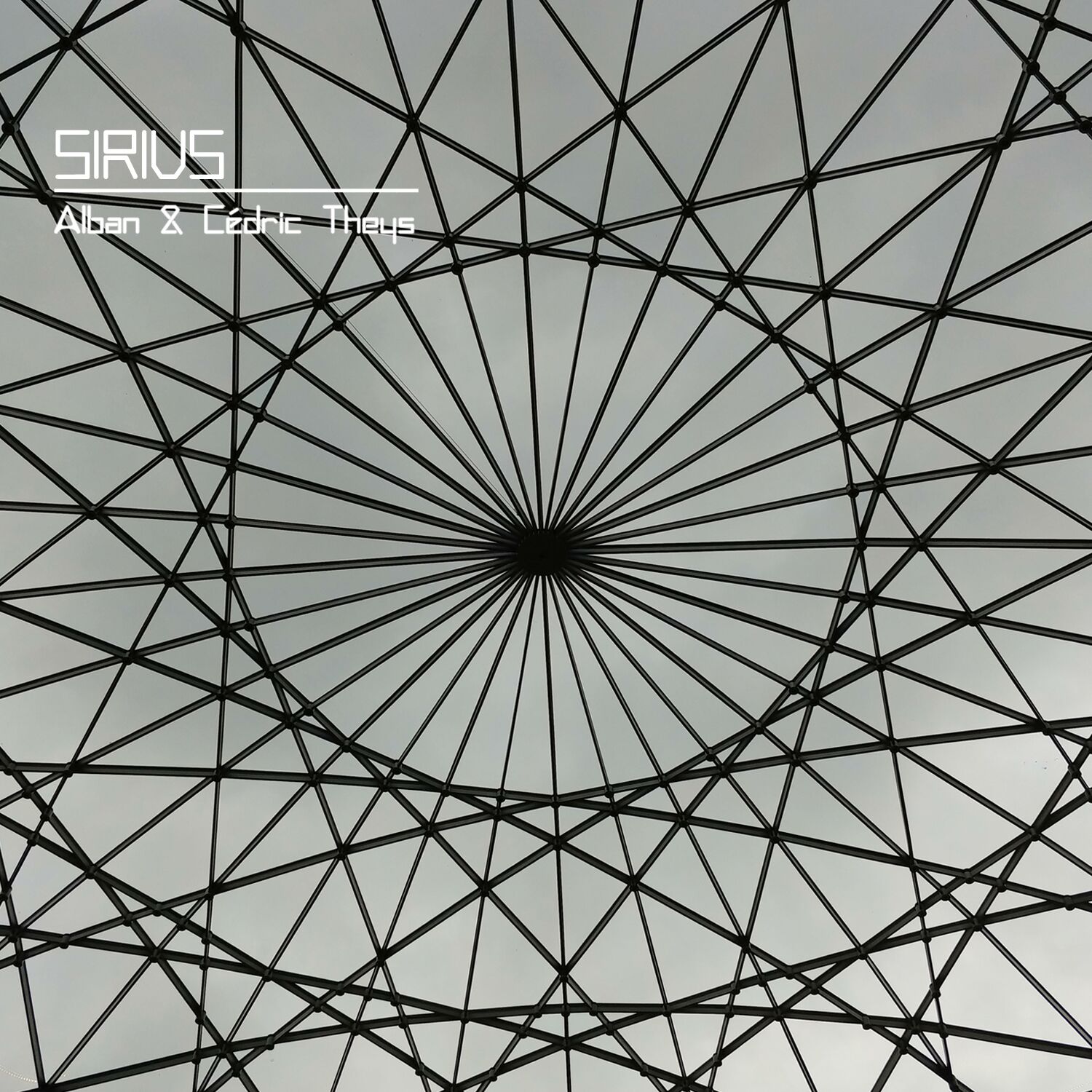 Alban and Cédric Theys are French-born brothers now both living out of their mother country. Cédric, the elder brother, now calls Texas home, and he started playing guitar, and then bass, many years ago, but added 8-string touch guitar about 20 years ago and now plays that exclusively. Younger brother Alban was in Texas for a time as well, playing drums in a band called 4element with Cédric and two other members, releasing two albums in the early 2000s, but has since relocated to Brussels. Alban released his first solo album, iMachination, in 2004, then the brothers released their first album together titled Re-De-Generation in 2008, followed a year later by Cédric’s solo debut I, on which Alban also plays electronic percussion, udu, sitar, and other instruments. In the time since, Cédric has released several more solo albums. The new relase, Sirius, marks the first time the brothers have worked together in many years, Cédric on 8-string touch guitar (bass, soundscapes and solos), and Alban on drums, percussion, sampling, and programming, and no vocals. This is electronic music at its core, though very unlike any electronic sounds one may have heard or imagined before, coming from a completely different place than the typical Berlin school, Jarre school, or all the disciples of ambient and techno synthesizer sounds; the six tracks herein stylistically are quite unlike anything else, and produced mostly with conventional instrumentation, with Adrian Benevides adding some additional sound design. The opener, “Mirzam,” is a math-driven piece with a heavy beat that stutters and grows slowly until the beat doubles, then guitar comes in over a rhythmic pattern reminiscent of gamelan gongs, the beat continually changing, halving, doubling, new sounds are introduced as it proceeds, it’s quite a wild and creative ride. “Furud” takes a more mysterious path, again with gongs, bells and kalimba-like sounds underpining flowing atmospheric soundscapes until the drums come in and provide a steady pace to build upon, with scratchy, noisy, effected musings coming from the touch guitar over its eleven-minute duration. “Aludra” offers a glimpse of beautiful shimmering lights in the form of ambient repeaing loops, while on the percussive side various sampled sounds, bells, and beats make a foundation for further twisted creative endeavors that will sound like nothing else you’ve ever heard before. Overall, Sirius is a very unusual hybrid of ordered and random sounds produced by a number of different methods that offers something way out of the ordinary.