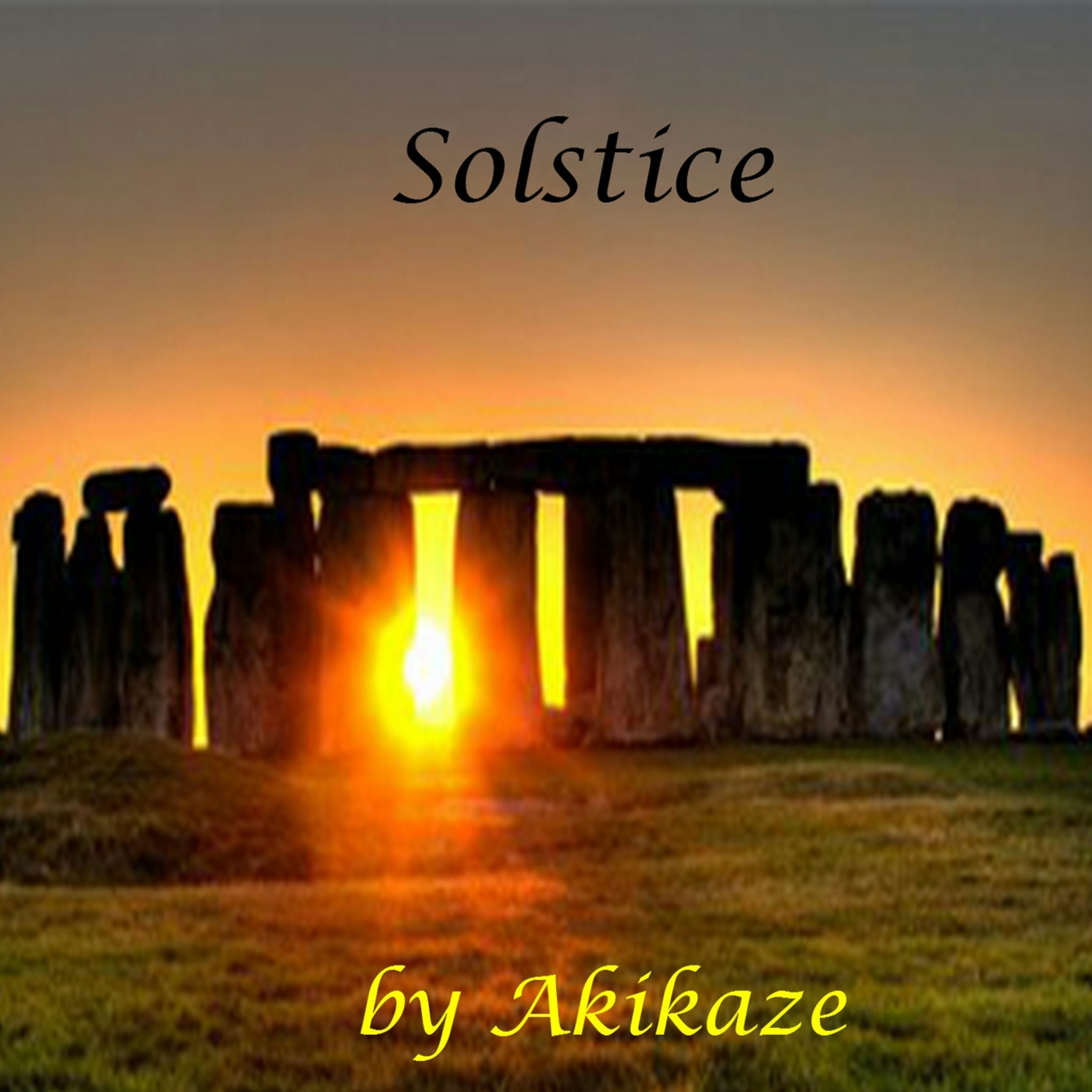 Dutch artist Pepijn Courant (AKA Akikaze — Japanese for autumn wind) has been composing and recording electronic music since 1989. His eleventh album, Solstice, is his first release on Spheric Records and features six electronic compositions that bear some resemblance to Tangerine Dream’s and Klaus Schulze’s work in the 70s and 80s. There is also a New Age element that runs through the music from the album title, artwork, track titles, and music. All six tracks contain sequencers that propel the music and provide a pleasant background soundtrack that does not demand your attention. Most of the tracks begin slowly, with the anticipation of something lurking beyond the horizon that never quite materializes. Consequently, it is not until you encounter the two-part title track that the music captures your attention. “Solstice Part 1” starts slowly with acoustic guitar and slow washes of synth colors that grow for about six minutes and surprisingly the sequencers kick in and all of a sudden Akikaze unleashes the much anticipated rhythmic cosmic excursion. He even includes acoustic drums and a slow gunshot percussion line that demands your attention. The second part again starts slow and it takes another six minutes to finally crystallize into compelling music. The closing track, “Northern Lights,” is another example of background music. It took me a couple of minutes to realize that a new track was playing. Over the course of this nineteen-minute piece there are several times when Akikaze suddenly shifts tempo and sequences with the end of the track sounding like a music box. If you enjoy 80s New Age electronic music that provides a relaxing experience without disturbing your thoughts, then Solstice is for you.

Akikaze (a Japanese word for autumn wind) is the electronic project of Dutch synthesist and composer Pepijn Courant. Using synthesizers, keyboards, samplers, effect processors, electronic drums, hardware sequencers, guitars, and assorted other instruments, he has crafted a full length (meaning just seconds shy of 80 minutes) disc of beautiful organically sequenced Berlin school music that shows his allegiance with Klaus Schulze, Tangerine Dream, Michael Hoenig and other giants of those long lost heady days of years gone long by. He has close to two dozen previous releases dating back all the way back to 1989, mostly on cassettes and CD-Rs, occasional CDs and contributions to multi-artist compilations; Solstice is his first release on Spheric Music. The opener “Jacobs Ladders” grows slowly out of darkness, featuring a colorful and repetitive sequence with soft washes and textures flowing through it, punctuated by some occasional sampled sounds, eventually picking up the energy level over its seven-plus minute duration. It’s a good introduction, but we are only getting started. The follow-on is the side-long “Halo,” beginning with a defined keyboard melody and then drifting into beautiful synth passages that grow and evolve slowly through moody passages and portals, finding wonderous emotional content across numerous defined sections, again evolving continuously as it goes forward. The centerpiece of the disc is the expansive two-part title track that together covers over thirty minutes, beginning slowly with some gentle guitar surrounded by rich washes of synths, showcasing Courant’s exceptional compositional skills with some slight nods to European classical music of centuries past, before returning to a sequenced style, this time with electronic drums punctuating the sound. Part two is where things really open up into more purely introspective bliss, with some very memorable melodies to be found along the meandering route, hinting to be of middle-eastern origin, then eventually morphing back into sequenced territory with magnificent symphonic accompaniment. Together, the two parts make for quite a journey. The album closer “Northern Light” starts slowly with bass pulses and sparkling tones on high, before moving back into more familiar sequences for its twenty minute duration. This one didn’t grab me by the jugular on first listen, but there was enough to remember to bring me back over and over again, growing on me over numerous listens. If you like that classic Berlin sound, this is the place to be.

Gwendal - Les Plus Belles Chansons de Gwendal – Gwendal are an amazing group and one of my favorites of the severely underrated French / Breton folk-rock scene. Unfortunately the distribution of any of their albums is uncommonly poor and it seems...  (1996) » Read more

Rotor - 4 – This is blistering high energy, mostly instrumental hard rock by a German trio with three previous releases to their credit – we reviewed their third album a couple issues back. The combination...  (2011) » Read more

Various Artists - Romantic Warriors: A Progressive Music Saga – In the 70s, when prog rock was living its heyday, the term progressive rock was used to define two different genres. One was the RIO/Canterbury one, including Henry Cow, Univers Zero, and other...  (2011) » Read more