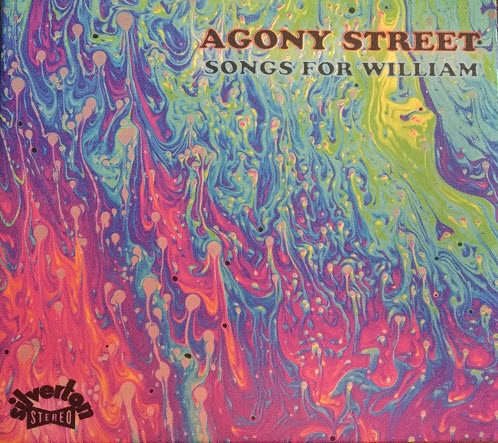 Agony Street was the duo of Gudmundur Bragason (lead and backing vocals, percussion, drum programming, and production) and the late Klas Qvist (lead and backing vocals, keyboards, acoustic and electric guitars, bass). We know Qvist from his more recent endeavors as Citizen K: Somewhere Up North (2009), Second Thoughts (2017) and the final album simply titled III from 2018. Sadly, Qvist, an absolute pop genius, passed away in July of 2021. For Agony Street, one needs to ride all the way back to the early 90s in the wayback machine, where he and Bragason teamed up for several albums that were never released in their time, recorded for posterity one might suppose, but their first album, 119 Agony Street, finally appeared on Spotify in 2020. Songs for William is the duo’s second recording, originally created in 1992-93 with guest appearances from a number of different vocalists, producers, and engineers on this track or that, and live drums. How to describe the fifteen cuts on the album? (Two additional songs were cut many years later and added to the original fifteen album tracks.) For most of the songs here, they are squarely in the three-minute pop single category, seeming to have a shared influence from the British Invasion (meaning: 1964-70), and especially The Beatles (from around Help to Revolver) yet that’s not the whole story. It never is. “Thirty-Nine Tank” makes for a fun surf-rock romp that could have easily been recorded by Jan & Dean in their heyday. With ”You’re in Love,” the duo mixes retro-Beatles sounds with a jangly West Coast sound that is straight out of 1966. The music on “A Perfect Day for a Breakup” seems just too upbeat and happy for the subject matter at hand, yet somehow it works. Taking a page from the post-Beatles sound of say, Badfinger or Klaatu, “Therapy Hill” stands as one of the finest songs on the disc with some beautiful backing vocal arrangements. Opener “Another Sleepless Night” seems to draw inspiration from a later era, reminiscent of something from Nick Lowe’s Pure Pop for Now People, while the title track (the actual title is “A Song for William”) opens with a bouncy figure and some superficial sitar sounds, like so many pop tunes in the late 60s, complete with a backwards guitar solo. Apparently the duo cut a third album back in the 90s that may be released in the next year or so. As brilliant and enjoyable as Songs for William is, these just represent the baby steps for what would eventually culminate with the three Citizen K albums. Klas Qvist RIP.