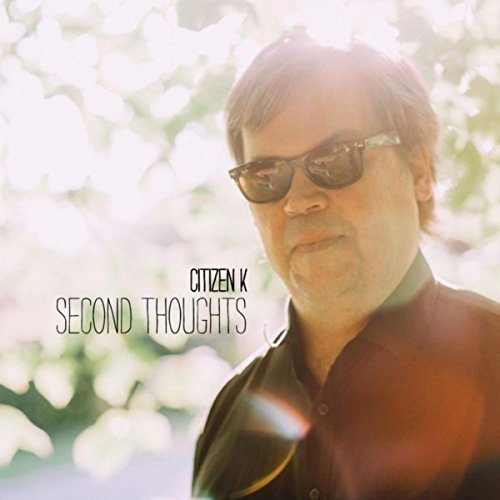 Under normal circumstances we would review an artist’s releases in the order they came out, but a few months ago I received a promo of Citizen K’s third album, simply titled III, an artist I had no previous knowledge of, and it was so surprisingly exceptional that I felt obligated to track down the previous release Second Thoughts from 2017, both to provide a review and (probably more) to satisfy my own curiosity. Citizen K is the pseudonym of Swedish composer, arranger, multi-instrumentalist and vocalist Klas Kvist, blind from birth with an amazing abilty to absorb the pop music of a generation, process it and recreate its essence without stealing a single lick. True, one can say that his style owes a lot to the last four years or so of the Fab Four’s output, as well as many interpreters of that style that followed in their wake (even including each of the Beatles individually), reaching deep into his own soul and finding a kernel from his own musical marrow to project into a similar style, and with that he has truly succeeded on seemngly every level. Second Thoughts comes in as a sprawling two CD set with 23 songs of sparkling, melodic, often psychedelic-tinged pop music, recalling a style of pop music lost to the mid-60s and onward for about another decade. It was a sound that worked brilliantly then, and continues to work into the present, and even though some may find it a bit dated, good songcraft never loses its edge. Kvist has opted to create most of what’s here on his own as a true solo project through massive overdubbing, along with his producer and engineer Tobias Walka; Kvist sings lead and backing vocals, plays grand piano, keyboards, Hammond organ, lead, rhythm and acoustic guitars, autoharp, harmonica and more, while Walka handles bass and rhythm guitar on many songs, as well as contributing backing vocals on some tracks, with Kim Gunnersson handling the drum kit on most of the tracks, and other musicians handling cello, occasional lead guitar, recorder, pedal steel and other instruments plus additional harmony vocals as needed, track depending. Most of the songs here are in the three to five minute range, with some outliers like the nearly ten-minute “Wasps and Cars” which stretches out into progressive rock territory. Some of these have tryly unforgettable melodies like “Just Once More,” “Train of No Forgiveness,” “Something Truly Magic” and the two part opener “Mindexpander.” “When Birds Fly South” has a strong Steve Hackett-like feel with beautiful lead vocals by Annika Larson. There are also several short instrumental interludes scattered throughout the song list that provide a brief change of pace where they appear. Another standout release from Citizen K worth seeking out.