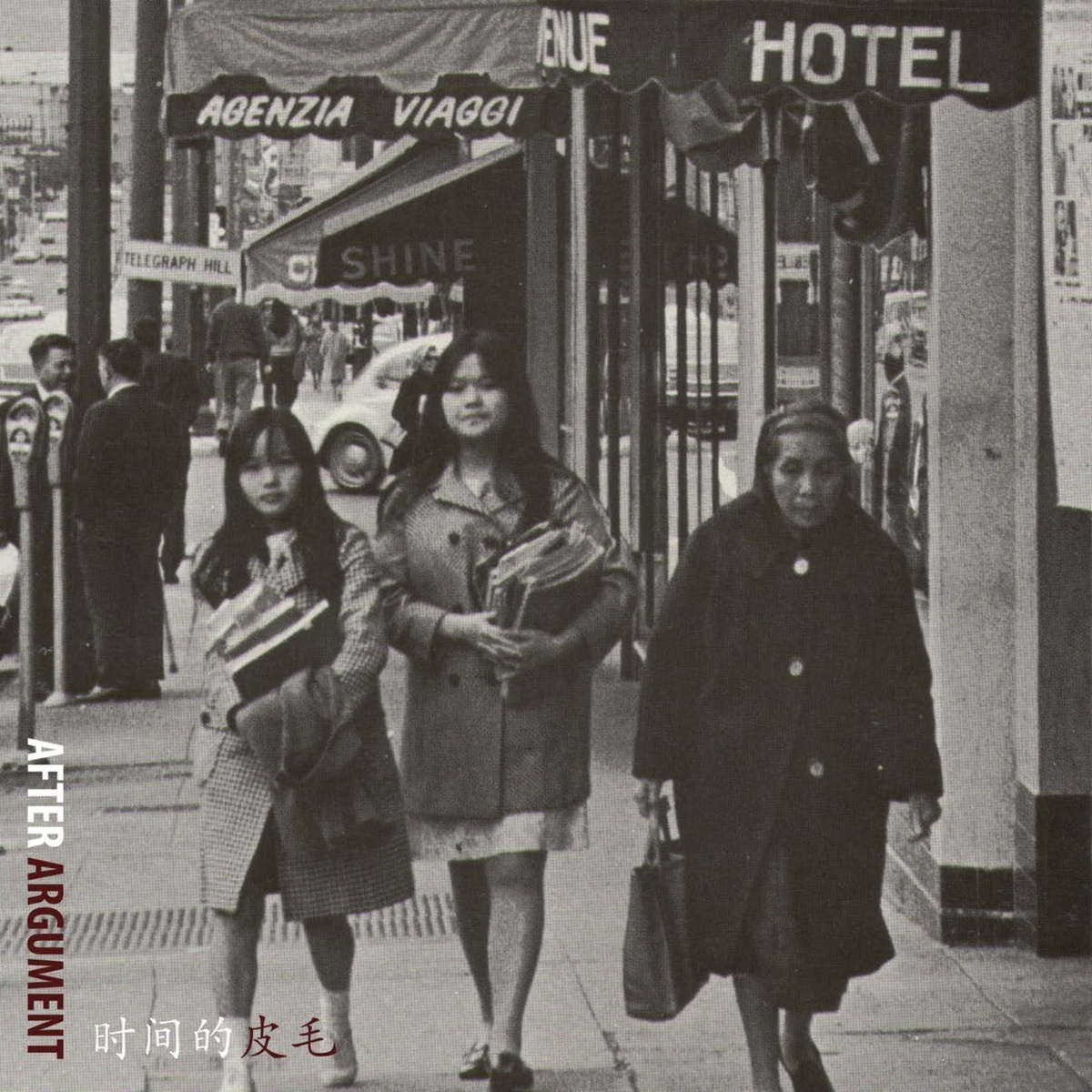 Yang Haisong, the lead singer of P.K.14, is emerging as an influential figure in China's independent rock scene. Aside from his main band, he's been producing other artists in his own studio (see Hiperson, recently reviewed). And as if that's not enough, he's got this band on the side. After Argument consists of Yang (vocals and guitar) with Zaza (drums and vocals) of a band called Eyes Behind that I haven't heard. Given that Yang's vocals are one of the defining qualities of P.K.14, it should be no surprise that After Argument sounds in some ways like a stripped-down version of that band. For this recording, vocals and guitars are both beefed up with multiple overdubbed parts, but it's easy to imagine that even in a live setting, they'd sound pretty full. That's partly because Yang's guitar parts usually consist of very full chords bashed out with a fair amount of distortion, but also because with Zaza's busy drumming, there's almost always a lot going on. (Occasionally I can't help think a little oomph in the low end from a bass would be welcome.) From time to time, as at the beginning of “Hail to the Lie,” they drop it down to a simple guitar line and minimal drums, but you can be sure there's something louder coming along shortly. All the lyrics are in Chinese, and Yang's voice is the same as in other settings, but there are musical rewards to learning to like (or at least tolerate) what he sings. There's definitely something cooking in Yang Haisong's kitchen, and it's great to get a glimpse of the breadth of his taste and vision.