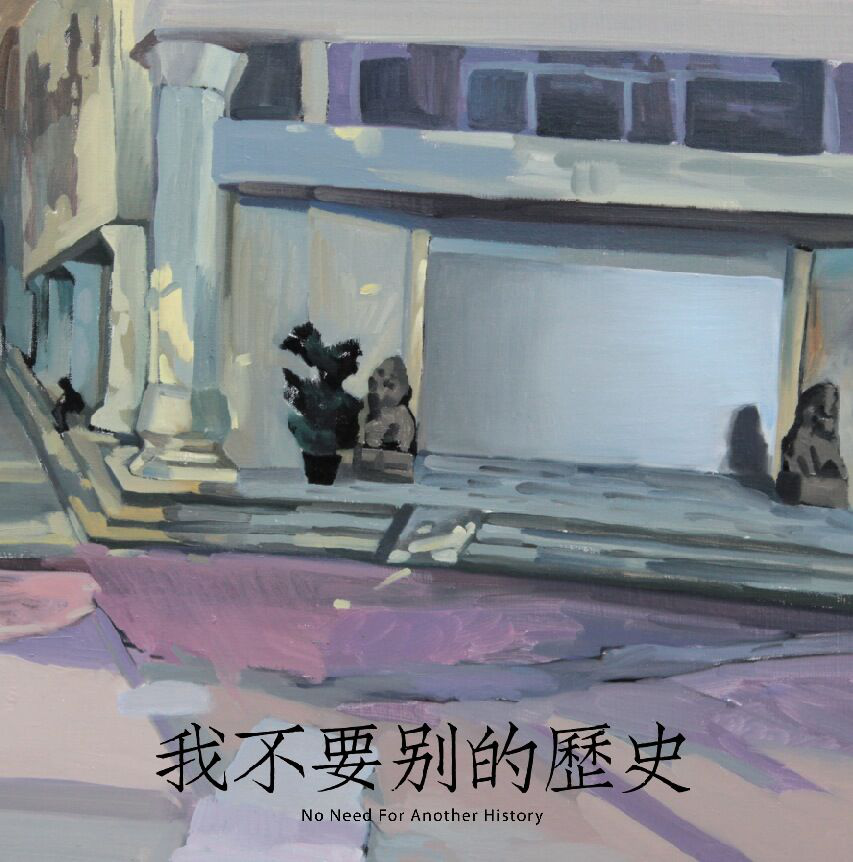 Having somewhat fallen out of touch with the Chinese rock scene lately, I was unaware of Chengdu’s Hiperson until I came across their new album at the merch table when I caught Birdstriking’s Seattle show. I was assured it was really good, and it was likened to P.K.14, a band I like a lot, so I threw my money in the ring and went for it. The packaging of the double LP is elaborate, with a lovely (if somewhat cryptic) painting on the cover; the gatefold features two more paintings obscured by translucent fold-away paper with a vague design that overlays the painting behind. The Chinese lyrics are printed on the slipcovers. The music does indeed fall roughly into the arty post-punk zone occupied by P.K.14 (and the album was in fact produced by that band’s Yang Haisong at his Beijing studio), though they have their own take on the style. The opener, “Paradise,” starts very quietly with ambient sounds like sirens in the distance, then builds up with an almost martial rhythm guitar part. Over the first two minutes, furiously strummed chords back a frantic melody sung by Chen Sijiang, whose throaty voice reminds me occasionally of Nina Hagen or even Patti Smith. Then the band suddenly drops down and a different guitar part takes over, ushering in the second part of the song. While Chen’s singing is up front much of the time, the guys in the band contribute some great wordless backing vocals. The guitar parts could be compared to a more aggressive version of The Edge’s playing on the earliest U2 albums; there are usually two distinct parts, either playing chords in different octaves or with one playing chords and the other playing melodies or sometimes just a wall of feedback. At times, added extra parts are heard, extra guitars or keyboards. During the course of the album, the different tracks may have similarities, but never repeat themselves. The intelligent arrangements lift the music above that of most other bands in this arena: they rock without being stupid, they slip in arty touches without sounding pretentious, and there’s something new around every corner. Such a self-assured debut is impressive for any band, let alone one from Chengdu, and No Need for Another History promises much for the future. The vinyl release features one more track than the CD, “Shuttle,” which is sung by one of the men in the band rather than Chen. It’s a nice moody ending, but non-essential.

Nektar - Unidentified Flying Abstract – Nektar occupies a somewhat awkward place in the history of progressive rock. They don't fit in with the symphonic style of Yes or Genesis, and they're not as elaborate as King Crimson or...  (2006) » Read more