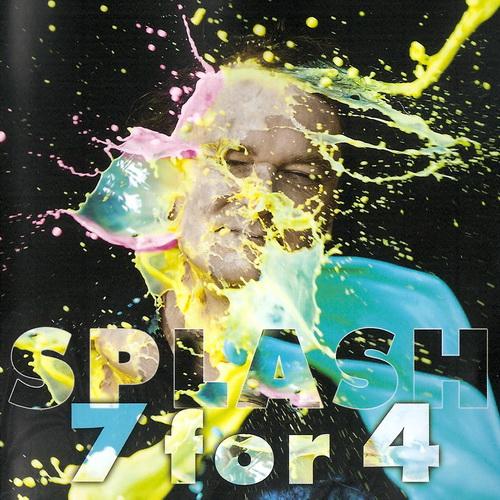 The world has no shortage of technically difficult instrumental music, and the genre of jazz-rock fusion supplies a significant portion of it. Difficulty on its own is neither a positive nor a negative factor — unless you're some kind of technique junkie who gets off on fast riffs and lightning unison lines. The trick is to make it musical enough to appeal to non-fetishists. 7 for 4, led by German guitar teacher Wolfgang Zenk, who also handles the keyboards and all the composition, range pretty wide stylistically, from classic fusion to country-inflected rave-ups (rather along the lines of what Dixie Dregs did on their classic material). As you might expect from someone whose day job is teaching guitar, Zenk utilizes pretty much every known technique on his instrument, and tosses off flurries of 32nd notes with seeming effortlessness. But in the midst of all the flashy playing, there are some solid tunes with good melodies, and the diversity of the writing keeps it from sounding all the same. Bassist Markus Grützner and drummer Klaus Engl supply what's needed, but Zenk is clearly the focal point. There's a long continuum between the sloppy fumbling of inexperienced players and the quantized precision of completely programmed music; 7for4 is firmly entrenched quite a ways down toward the precision end of the scale, so no doubt many listeners will find the music overly technical. While my personal taste generally favors music that is less meticulous in execution, Zenk and company won me over with this release. Though I would like to hear them loosen up a bit and sound like they're having more fun.

Alphataurus - Dietro l'Uragano – In the early 70s, there were so many great progressive bands on the Italian scene, that even some of the best were overlooked. Case in point: Alphataurus were a five-piece who released their only LP...  (1996) » Read more