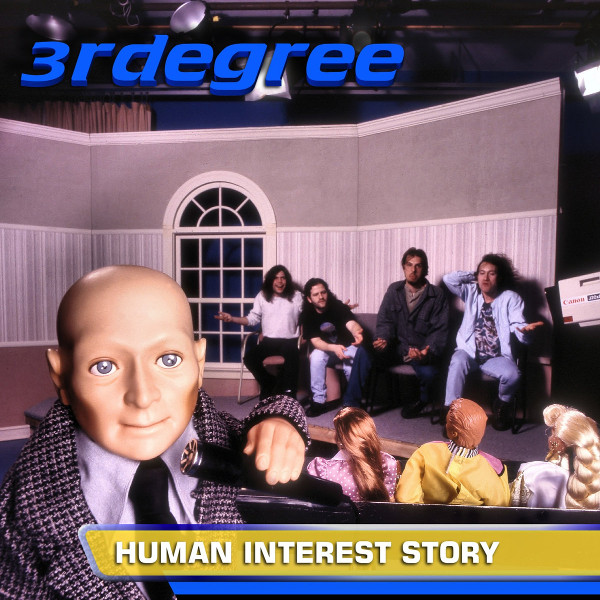 A four-piece from New York City, 3RDegree specializes in well-crafted, hook-infected, song-oriented rock with strong melodic drive and progressive overtones. In fact they've been around for some time, an earlier full length cassette exists release from about four years ago, and a five-song cassette of material from this CD has been around for a year and a half. Apparently these guys have built up a their following by playing for free in stadium parking lots before major concerts whenever they can get away with it.

Influences abound, but are not telltale obvious without giving it some thought; most notable are Todd Rundgren and Rush, the former for the craftsmanship in the songs and vocal approach, the later for the Lifeson-like guitar driven attack on many of the songs. And like both, their lyrics are thoughtful, and the band has an excellent pop sensibility that generally precludes gratuitous and flashy instrumental gymnastics in favor of a more balanced song-based approach. There are still plenty of time changes within songs and mood shifts throughout, but they're applied judiciously to serve the benefit of the song. The disc closes with a cover of Rundgren's "Fascist Christ", which — despite the strong TR influence over the rest of 3RDegree's material — sounds irritatingly out of place here with it's in your face 'here's-my-political-statement' rap approach. Frankly, the disc would have been that much better had this one been left off. Overall though, for what they do, 3RDegree does an outstanding job.