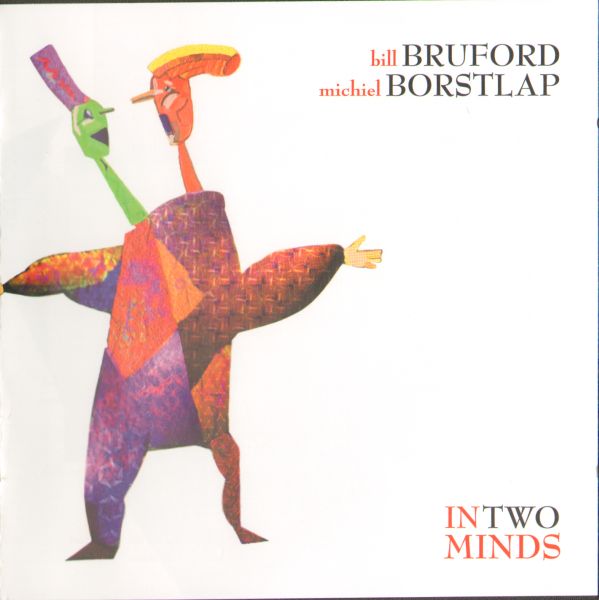 Drummer Bill Bruford’s desire to pursue an on-going dialog with pianist Michiel Borstlap continues with this live recording across four separate 2006 European gigs. Each piece is an improvisation starting with Borstlap’s engaging approach that draws on tradition and melodic interplay. Bruford is astutely comfortable in the rhythmic role, adding melodic snippets for or against any riff or melodic thrust. “From the Source, We Tumble Headlong” relies on a triggered synth line and pushes into Return to Forever territory with Bruford’s drumming ever so lightly adding tension. “Flirt” could be a fusion era Miles Davis backing track with Borstlap occupying the Jarrett or Corea role and Bruford comping for Billy Cobham or DeJohnette. The dialog is choppy, propelled by Bill’s top kit and snare (his long-time signature). The pensive ballad, “Low Tide, Camber Sands” is just the type of pastel yearning the duo excels with: Bruford’s brushes adding just the sensitive swishy touch. In contrast “The Art of Conversation” encapsulates the whole genus of live interaction – moody and tentative with chordal coloring. “Conference of the Bees” is a Joe Zawinul inspired African theme with the log drum pitter patter, then a nice low end bass line coming in while “Sheer Reckless Abandon” relies on a combustible cowbell structure to create a serpentine wiry piano phrase. Compared to Bruford’s reissued Moraz/Bruford CDs, the drummer’s role here with his collaborator is far more intuitive and rewarding long term.