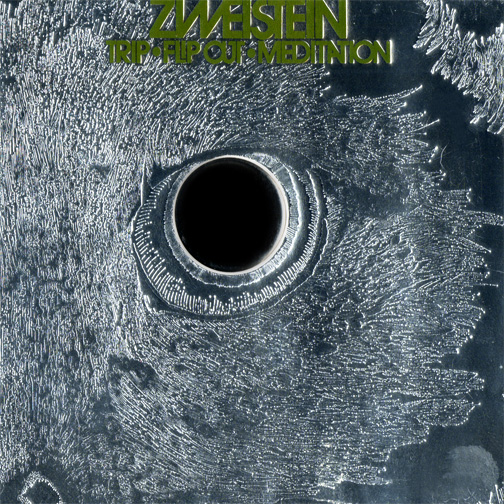 According to the liner notes, in 1970 Jacques Dorian, his wife German pop singer Suzanne Doucet, and their children entered the studio and recorded an obscure experimental triple LP under the name Zweistein (Two Stones). To protect her reputation as a pop singer, Suzanne and her sister Diane actually recorded this insanely weird album under the pseudonym of Jacques Dorian. Because of the limited release and its oddity, collectors have sought it for years paying outrageous prices for the vinyl. And Steve Stapleton increased interest in this obscure album by including it on his infamous Nurse With Wound list. Now, through the efforts of Japanese label Captain Trip, this odd release is available on CD to a wider audience.

Disc One is Trip, Disc Two is Flip Out, and Disc Three is Meditation. Basically Suzanne and Diane were given free rein in the studio and access to all of the processing effects to do whatever they wanted. The result was something the fans and critics either hated or touted as a landmark in musical history. It takes repeated listenings to fully appreciate this work. Initially it sounds like a lot of random noises, scrapings, talking, and experimenting with no discernable structure. Meditation is probably the best of the three discs as it comes the closest to sounding composed. The packaging of this reissue is lavish. Captain Trip reproduced the original gatefold album in mini-sleeve format, including the mirror on the cover, gold and silver foil paper, the 3D stereogram, and the original German liner notes. A separate booklet contains both English and Japanese translations. In addition, Disc Three includes as a bonus the two tracks from Zweistein’s only single “I’m a Melody Maker” and “A Very Simple Song.” So, if you long for a crazed studio freak out, Trip – Flip Out – Meditation may just fit the bill, but be prepared to pay a lot of money as this triple CD reissue is quite expensive, about $75.

Dedalus - Dedalus – Dedalus were the jazziest of the Trident groups and this, their debut, has been the only one reissued of their two albums. Dedalus were very similar to the laid back fusion of Perigeo, with spacy...  (1995) » Read more