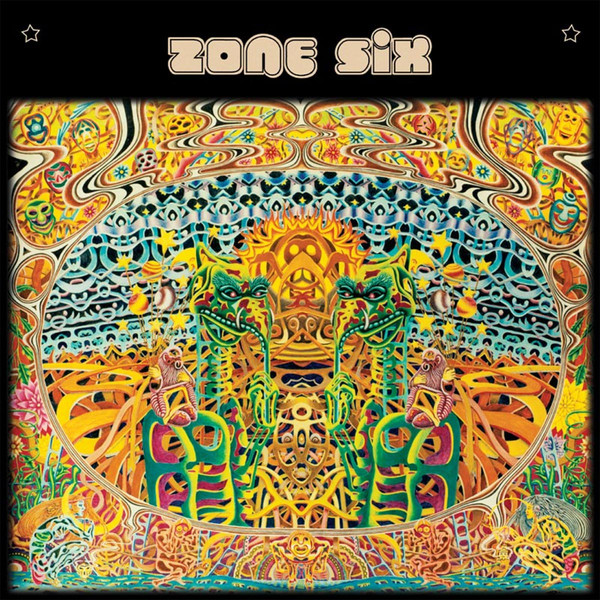 Twenty years ago Dave Schmidt (aka Sula Bassana) created Zone Six, a spacerock group influenced by 70s Krautrock bands. Now their debut album is reissued on Dave’s label Sulatron Records. This album is like one hour-long piece as each track segues seamlessly into the next. But the music is quite diverse from track to track. The album opens with “Barbwire Box,” nearly eight minutes of space jam, subliminal voices, reverberated female vocals, and a ghostly Mellotron. The abstract “So Far” follows with its edge of consciousness whispered female voices. “Empty Faces” is next with its heavy beat, wailing guitars, delicate female vocals, but sensory overload. You get the gist. The album hits its high point with “Her Smell Hasn’t Left Me,” an 11-minute extended ethereal freakout that is a hybrid of US West Coast psychedelia and the Ozric Tentacles. Then when we reach track twelve “The Place” we encounter something completely different from anything else on the album, a sad introspective piano and vocal duet. This song must have been a bit too much to take for their vocalist as she breaks out into laughter at the end of the song. And the album closes with “Oh Mary,” a song including ambient background sounds of clinking glasses, voices, laughter, and clapping under the pseudo-Western guitar strumming. Definitely a strange trip, yet sounding timeless.