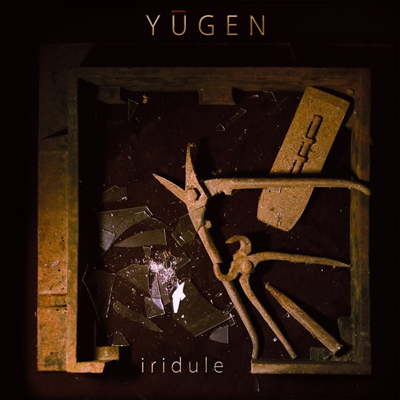 This is the third Yūgen release, and the band continues to grow by leaps and bounds. This time out the composing duties went to guitarist Francesco Zago, who seems to be influenced by a combination of interesting elements, including the dark chamber aspects of Univers Zero and Henry Cow, the brutal bombast of King Crimson circa Red, and the complex interlocking melodic structures of Zappa, Gentle Giant, and most likely an array of classical composers that in turn influenced them. This mysterious stew is further enhanced by exceptional arrangements involving no less than nineteen players. If some parts remind the listener of Thinking Plague a bit, that’s probably because four key members of that band (Dave Kerman, Mike Johnson, David Willey, and Elaine DiFalco) appear throughout, and especially during the vocal sections sung by the DiFalco – few as they are, they add a beautiful touch (and often much needed respite) to the somewhat intense nature of Yūgen’s music. Guy Segers (Present, Univers Zero) is here on bass as well, as well as all the regular members from previous releases Labirinto d’Acqua and Uova Fatali, and some additional guests. All taken, Iridule is an exceptionally well conceived and executed slab of avant-garde rock that deserves to be heard by all; there are new surprises appearing with every listen. This one gets my absolute highest recommendation.