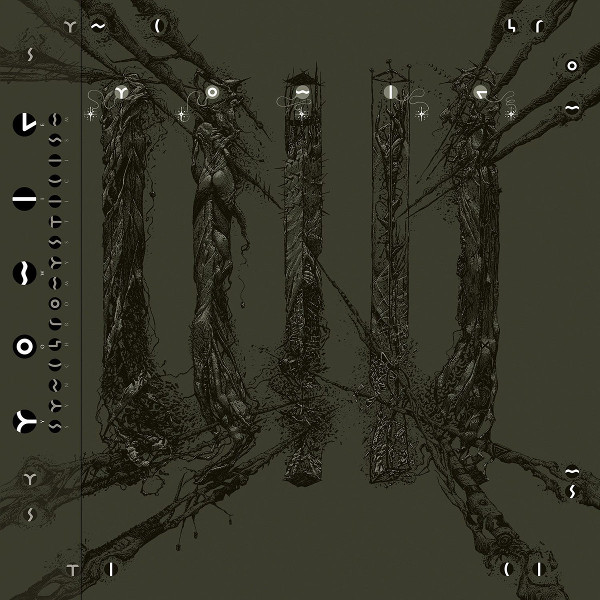 Synchromysticism is an EP of high energy craziness from this St Louis trio, five tracks comprising 33 minutes of ever-changing rhythms and riffs tightly coordinated for all their unconventional aspects. The guitar patterns often involve screeches, wails, and other noises that aren’t part of a normal vocabulary of notes and chords. The band consists of the founder, drummer Shawn "Defenestrator" O'Connor and two guitarists, Jeremiah Wonsewitz and Christopher Trull. There’s no bass player, so one of the guitarists handles the low end, either on a baritone guitar or using an octave pedal. The closest comparison I can make is with the earlier recordings of Ahleuchatistas — Yowie has the same kind of manic intensity coupled with ridiculously tight arrangements full of meter changes and unexpected accents. Within these confines, there’s a fair amount of variety — they wisely give us a break from the onslaught by toning it down a bit from time to time. O’Connor’s playing is the key to it all working. His parts are busy and impressive, handling the odd meters in ways that don’t involve simply hitting the ones when they come around. He’s shifting the accents, doubling up the beats, and marking the accents from the guitars in ways that can’t possibly involve much that isn’t meticulously planned. I don’t think there’s much room for improvisation or interpretation here, as any deviation from the rehearsed form would derail everything. It’s an impressive feat of musicianship, and fun to hear. My one real complaint about the recording is that it’s mixed with the two guitars almost completely at the extremes of the stereo spectrum, while the drums are placed in a normal fashion. Listening to the music on headphones is really annoying, with the low notes in the left ear and the high notes all on the right.