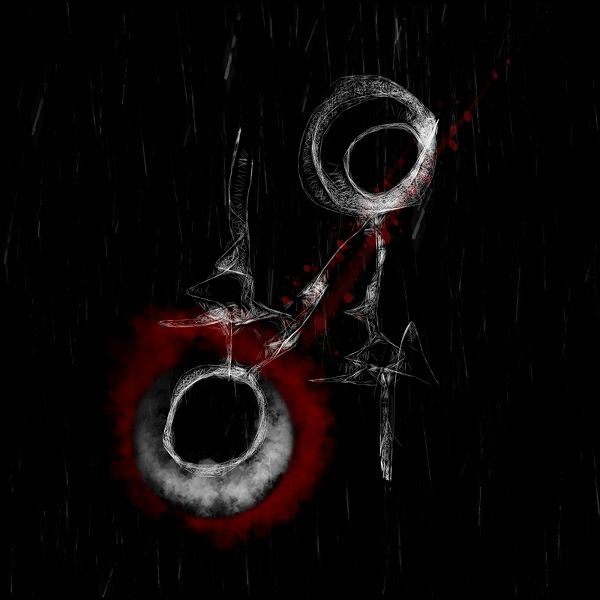 Darkly, indeed. The improvisations presented by this trio (bass, drums, and winds) tend toward the atmospheric side, even when things get noisy and chaotic. There are long sections of relatively quiet, floating tones, though an air of ominous foreboding haunts the listener, perhaps brought on by the knowledge that something loud is bound to happen before long. All the players augment their instruments with electronics, from simple effects pedals to unidentifiable processing, and in addition, quite frequently produce sounds in ways other than would be learned in class. William Kopecky's bass and Roger Ebner's saxes (etc.) generally grab the listener's attention the most. Kopecky is sometimes fretless and rubbery like Mick Karn, sometimes fuzzed-out and snarling like some kind of demon; Ebner is all over the place, screeching and squawking one moment, blowing air past the reed menacingly the next, tossing off a wobbly Middle Eastern melody after that. Craig Walker's drums do often set tempos, providing some nice slinky grooves here and there, but also provide washes of texture without pulse. Throughout, the trio avoid many of the pitfalls of improvised music, never coming off as atonal look-at-me posturing or simple-minded one-chord jamming. In short, another outstanding outing from Yeti Rain.