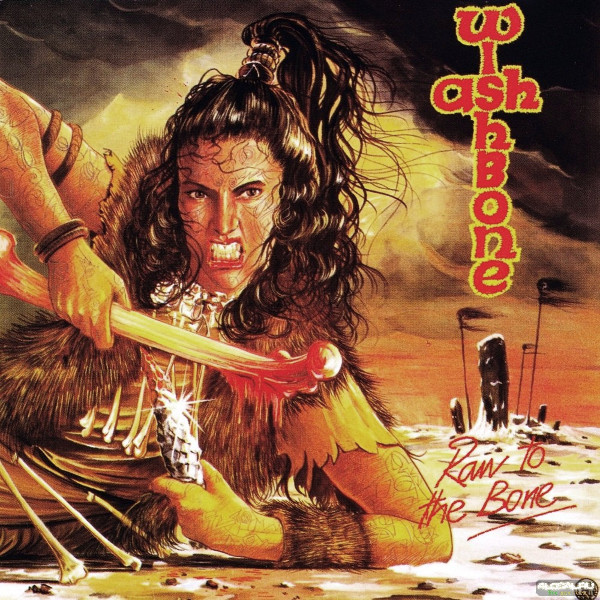 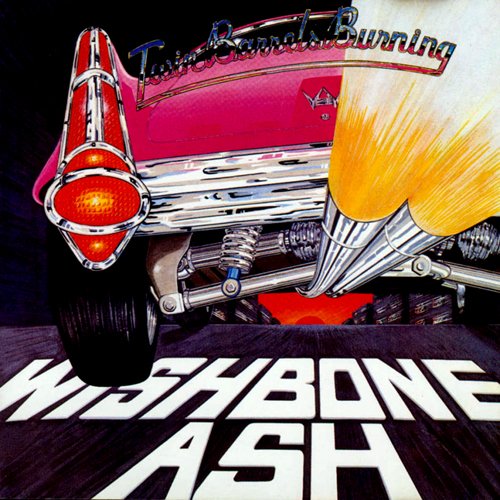 The first half of the 80s were troubled times for Wishbone Ash; the band that had created classics like Pilgrimage, the mighty Argus, and There’s the Rub only a few years earlier found themselves without their longtime bassist and lead singer Martin Turner, who left the group following a suggestion by the remaining members (after singer Claire Hammill guested on three songs on 1979’s Just Testing) that the band find a dedicated lead singer. What followed was a seemingly endless succession of bassist-singers that changed for every album going forward for most of the 1980s. It also showed the band searching for a new direction, and I’m not completely certain if that search has ever concluded. Armed with singer and bassist (and keyboardist as well) John Wetton, after a long stretch of service from Family to King Crimson to Uriah Heep to UK and more, Wishbone Ash cut Number the Brave, released in 1981, but Wetton’s tenure wasn’t to be a long one, as he left to form the multi-platinum Asia shortly after, which brings us to the first of two albums in this review, 1982’s Twin Barrels Burning.

The remaining members of the band (drummer Steve Upton, and guitarists / singers Andy Powell and Laurie Wisefield) brought in bassist and singer Trevor Bolder (who had previously played with David Bowie and Uriah Heep) to fill the vacant bassist spot. The chemistry was there, and although the result was a bit more hard-edged than most of the band’s previous output, Twin Barrels Burning remains an outstanding set of nine tracks by this version of the group, with many memorable rockers like “Can’t Fight Love,” “Genevieve,” “Streets of Shame” and the unforgettable “Hold On,” the latter written by Bolder (even though the original credits listed Wisefield, Upton, and Powell as the composers of all the album's numbers). “Me and My Guitar” tells the tale of the rock and roll dream, while the closer “Wind Up” has a funky groove bearing much of the trademark dual lead guitar that Wishbone Ash had always been known for. At this point the band had no lead singer as such, their policy was if you wrote the song, you sang it. Three bonus tracks are included on the main disc, including the punchy “Cat and Dog Fight,” an aggressive rocker “Go for the Gold” – both of those are clearly Ash with a bit more crunch, but certainly it’s still Ash, and as worthy of a place on this album as any of the other cuts, and the final bonus track “Night Hawker” drives a solid boogie-rock rhythm, though probably a bit more conventional rock than the other two. There is a second disc in this set, though, which contains the (substandard in my opinion) Fantasy label remixes for Twin Barrels Burning that were released in the USA and Canada, with the songs presented in a different running order as well. Some people may prefer the American mix, so there you have it.

By the time of 1984’s Raw to the Bone, Bolder had departed to return to Uriah Heep, so the band again found themselves looking for a replacement bassist and singer. Enter Mervyn “Spam” Spence, formerly a member of Trapeze in their final days, a vocalist of extraordinary range and a competent bassist, who immediately became the band’s lead singer. The band seemed like they had forgotten their past and taken a page from the NWOBHM page, reinforced by the rock one might encounter on the daily rotation of MTV, more like Def Leppard or Judas Priest than the Wishbone Ash of two years earlier. They had clearly entered the heavy metal arena, possibly with hopes of cashing in on that sound, but in fact it turned out to be the band’s worst selling album to date. Spence’s high pitched vocal (think Max Bacon of GTR) and more brutal 80s style production values applied to decent songs like “Don’t Cry,” “Love Is Blue,” “Cell of Fame,” and “Dreams (Searcing for an Answer)” are certain to make any fans of classic Wishbone Ash cringe, but Powell and Wisefield still do some of their trademark twin lead work. Guest bassist Brad Lang was brought in to help out on the sessions, as well as two keyboardists, but one won’t hear the latter much (a little on the last cut “Perfect Timing” and here and there on others). One bonus track “She’s Still Alive” is a leftover from the original sessions. After the album was released, Wisefield, who had been with the band for over ten years, called it a day. Shortly after, Spence exited the band as well, leaving Powell and Upton to assemble a new band, which play on an additional four bonus tracks called The 1986 Sessions, a set of songs that have only Powell singing, with Upton, bassist Lang, and guitarist Phil Palmer rounding out the lineup; for my money these four cuts represent a sharp turn away from the NWOBHM sound, instead going back to the more established style for the band, and Powell’s voice is far more satisfying than Spence’s on the album proper. A second disc is included here as well, featuring BBC sessions of four of the better album cuts, and four additional live cuts, all from 1985, the live set includes a couple of nice surprises from early Ash days: “The King Will Come” and “Blowin’ Free,” played by the 1985 lineup.