Magma is a band with a long history in the real world, from its beginnings at the end of the 60s to 2016, still touring and recording. And Magma is a band which is about the fictional history of the planet Kobaia and its interactions with the people of Earth. The last few years have seen a welcome upsurge in the band’s activities, one result of which is that they are now, more than 40 years since their inception, playing concerts in cities they’ve never visited before. 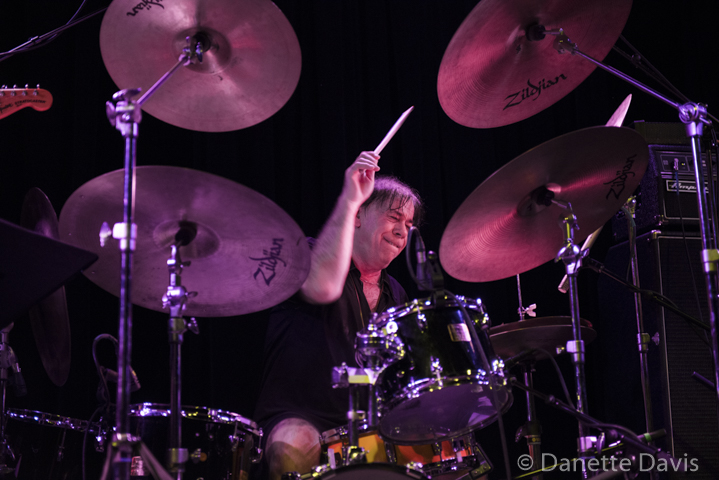 The band’s live presence in North America has always been minimal, with only occasional festival appearances. But in 2015, American fans were greeted with the news that Magma would be touring, with eight dates in North America. Venues ranged from bars to theaters. Things went well, with rave reviews from long-time fans and newbies alike.

2016 brought more good news for American fans: The Endless Tour would bringing them to even more American and Canadian cities. I caught them at the Crocodile Café in Seattle, the same place they played in 2015. The Croc is one of Seattle’s most prominent live music bars, with a full calendar of mid-level national acts and the occasional high-profile local artist – not generally the place you’d find progressive innovators, but the capacity seems to be about right for the size of the audience.

For this outing, they drew all of their material from classic 70s albums, starting off with “Theusz Hamtaahk,” a 70s vintage suite that has been a live favorite off and on since its inception, though it lacks a definitive studio recording. Next up was the band’s most famous piece, “Mekanïk Destruktïw Kommandöh,” which is of course of 1973 vintage. Those two lengthy pieces left me exhausted but hoping for more. After a brief rest offstage, the band returned to give us “Kobaïa,” dating all the way back to the band’s 1970 debut. 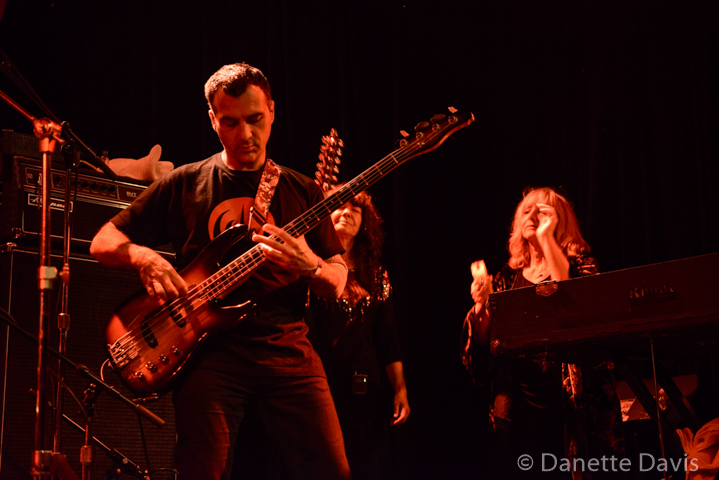 Over Magma’s long history, personnel changes have been the norm – the band has more alumni than Yes and Asia combined. The current touring lineup consists of founder, composer, drummer, and occasional vocalist Christian Vander, whose jazzy energy, inventive playing, and interesting facial expressions keep it all together. The member with the next longest tenure is singer Stella Vander, whose history with the band goes back to the early 70s. Next longest in tenure we have singer Isabelle Feuillebois (80s), and bassist Philippe Bussonnet (90s). More recent additions are vibist Benoît Alziary, keyboard player Jérémie Ternoy, and singer Hervé Aknin; guitarist Jim Grandcamp is new this tour, having replaced James Mac Gaw. But regardless of their histories with the band, all contribute to the collective power of this unique music. It’s hard to single out any particular performances, but Bussonnet’s aggressive playing certainly carries on the tradition of monster Magma bass players, joining the ranks of Jannick Top, Bernard Paganotti, and Francis Moze. Alziary and Grandcamp also got moments in the spotlight, though Ternoy played only a supporting role throughout. 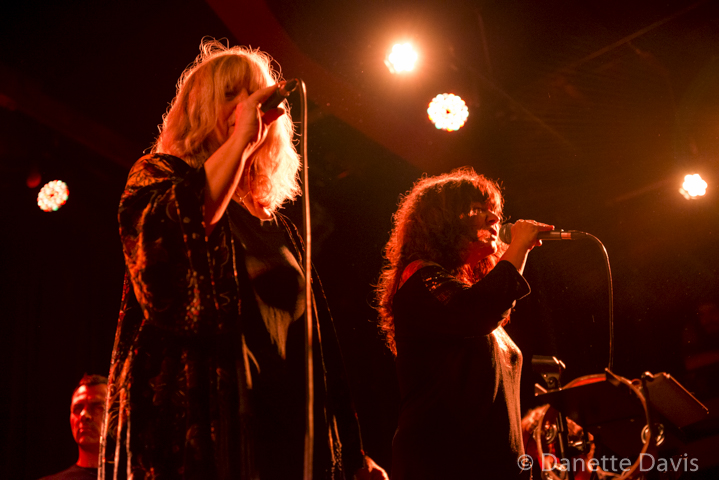 Vocally, the band was in fine form, and anyone who’s heard a Magma record knows that this music is dominated by singing. Between the melodies, countermelodies, chanted interjections, and jazzy flights of scat, this is not music for vocal slouches. Stella was as strong as ever, with dextrous lines delivered with casual precision that belies their difficulty. Aknin is strong and expressive, charismatic in spite of the language barrier presented by the lyrics. Feuillebois provides spot-on support even though she never steps into the spotlight herself. And we can’t forget the drummer’s famous improvised vocal spot, which is a wonder to behold, melding jazzy scat singing, Coltrane-inspired lines, humorous twists, and all sorts of strange noises.

Cameras were all over inside the club, filming for a planned documentary about the band (see link below), and there is definitely no worry that they caught the band on an off night. Given their seemingly superhuman musical abilities, I’m not sure this band ever has an off night. It’s a safe bet that no one went home from the Crocodile feeling let down. It’s so heartening to see one of the most innovative bands ever to play rock music still capable of such a powerful performance. And in spite of the fact that all of the material dates from decades ago, this is no mere nostalgia trip. Magma’s music is not like other music in the field that can generally be described as “popular” (in the sense that it’s not classical). Seeing another performance of “Mekanïk Destruktïw Kommandöh” is more like seeing another performance of “Rite of Spring” or your favorite symphony than another performance of “Owner of a Lonely Heart” (to pick a random example). I’ll leave it to others to determine the why of that.

Enya - Amarantine – In reality the name Enya is almost a group moniker encompassing the Irish singer/musician as well as her collaborators, producer Nicky Ryan and his wife lyricist Roma Ryan. This collection echoes...  (2006) » Read more

The Big Wu - Tracking Buffalo Through the Bathtub – The Big Wu is a Midwest quintet who focuses on the amusing swing jazz groove vibes of Zappa or the Grateful Dead. This is the kind of group who can channel a happy vibe and break off into a heavy...  (2000) » Read more

Kampec Dolores + Grencsó István - Koncert! – After seeing the name Kampec Dolores around for several years, I finally get to hear them. While I’m still unfamiliar with their studio work, I’m happy to report that they put on an...  (2004) » Read more