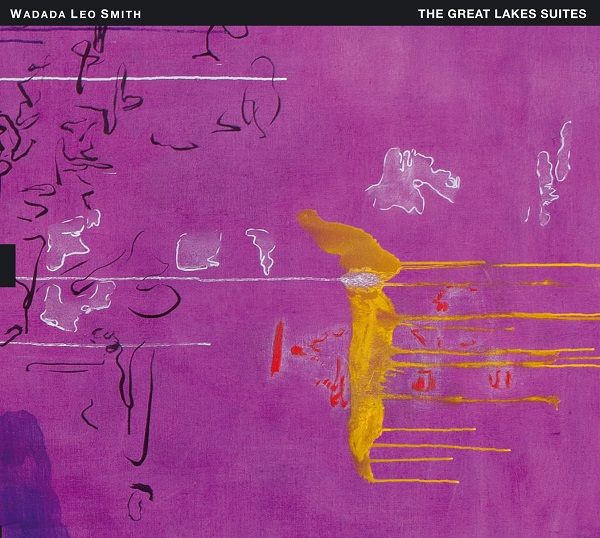 Wadada Leo Smith has been on a roll lately, producing prominent works, mainly sprawling thematic compositions like Ten Freedom Summers, and The Great Lakes Suites is a formidable addition to his body of work. Yes, that's "Suites" — plural — as each of the lakes gets its own suite. He's joined in the endeavor by Henry Threadgill (saxes, flutes), Jack DeJohnette (drums), and John Lindberg (bass). Threadgill and DeJohnette need no introduction, but while Lindberg's name is less recognized, his history is testament to his worthiness for inclusion in this company, as it includes being a co-founder of the String Trio of New York and working with Anthony Braxton, Steve Lacy, Roswell Rudd, and many others. With players of this caliber, even mediocre compositions (or free improvisation) would probably sound great, but Smith's writing is consistently interesting, with themes, countermelodies, and motifs that provide the perfect glue to hold it all together like signposts along the wandering journeys taken in the solos. The six pieces (he includes the smaller Lake St. Clair in addition to the five Great Lakes proper) stretch out over 90 minutes, and are probably best taken in one at a time, but can be rewarding listening in any increment. All in all, my favorite is probably "Lake Ontario," the shortest suite at 9:19, but there are wonderful moments in all the lakes. Threadgill's bass flute that opens "Lake Erie" is marvellous, and Lindberg's use of the bow in various places throughout the suites is very effective. The Great Lakes Suites is definitely one of the year's highlights in jazz.