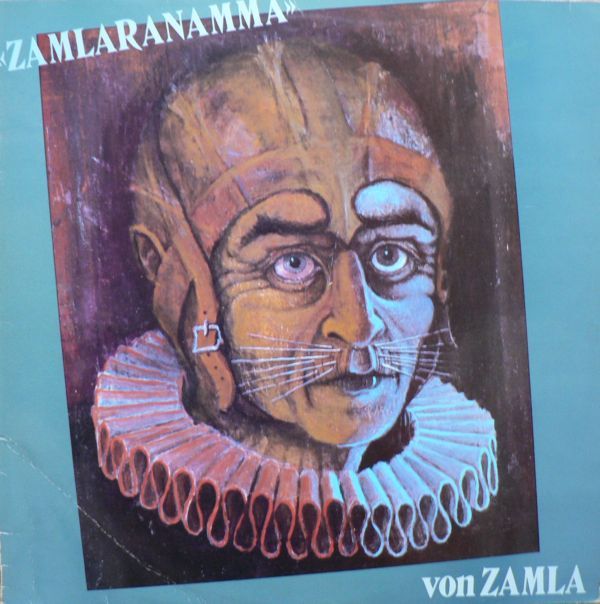 Von Zamla is another incarnation of the zany Samla Mammas Manna, who recorded two albums under the name for Urspar (this one being the first) before breaking up in the early 80s. Von Zamla's four members are two from Zamla (Lars Hollmer and Eino Haapala) and two from Albert Marcouer's band (Denis Brely and Jan Garret) who used to tour with Zamla in Europe. As a quartet without a drummer, Von Zamla's percussive stance is low key and often decorative, in many ways similar to Hollmer's earlier folk influenced project Ramlosa Kvallar but more electronic based. Of course, the intense Swedish folk influence is somewhat diluted by the presence of two French men, and the result is a very unique music of a distinct RIO bent. Featuring mostly short tracks, the music is certainly less aggressive than earlier incarnations of the group. Each song is a cleverly and carefully constructed piece that moves along in a relaxed manner, very European and unusual. There are few dazzling displays of musicianship except for the rare guitar solo by Eino Haapala. The result is an interesting album that some will love, and others won't talentwise; this is a great release, although I find it to be on a different emotional level than the 70s Szamla, and therefore a little less to my liking.

Phish - A Live One – Ask any Phish fan and they'll tell you that the band's natural habitat is most definitely on stage, in front of a live audience. So after five studio albums, Phish finally present a sonically...  (1995) » Read more