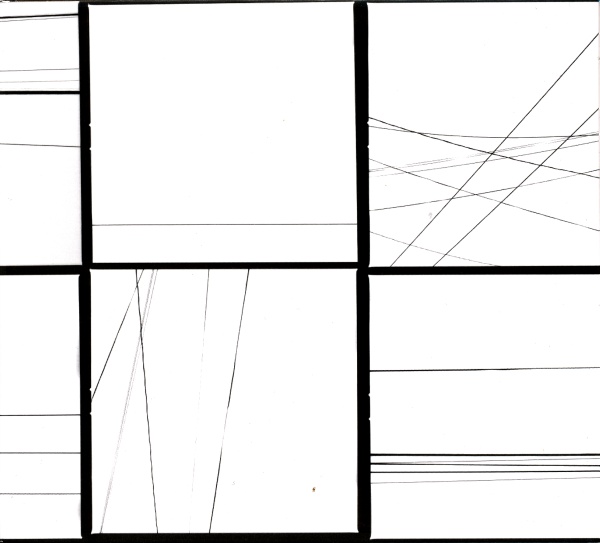 What if Can and Cluster merged? Grinding retro-sequencers and synthesizers have an old eight-bit tone to them on this record – the funny result is like Kraftwerk totally rocking out. Yes, the Chicago consortium rocks more on this album than on any of their previous post-jazz efforts, trying to broaden their commercial appeal without losing their quirky side. Like a distant cousin of Mark Isham’s Group 87, they have a funky-electronica approach which wears you down track by track. Epic guitar melodies arc over taut Krautrock grooves. Punishing attack-cruiser synthesizer robots curse and swear over Brazilian festival snare drum players, and hammer dulcimer solos pling and plang over interlocking, automated sambas. If this group hits the road, it won’t be a moment too soon and we’ll be standing right up in front, curious to see how these guys can pull it off on the live stage. Best tracks include a very noisy punk tune entitled “Yinxianghechengqi” that starts by blowing out your speakers, then throwing some impossible chord changes at you before finally winding up sounding like “Telstar” played by the Butthole Surfers. Western guitar and soap opera organ wend their way through the clever surf ballad called ”The Fall of Seven Diamonds Plus One.” This CD is highly recommended to all fans of Klaus Schulze, Glenn Phillips (the guitarist from Atlanta who was in the Hampton Grease Band), Sonic Youth, Philip Glass, the jammier side of Traffic, Nels Cline, Pekka Pohjola, Godley/Creme, Cluster, and Steve Hackett’s distortion pedal.