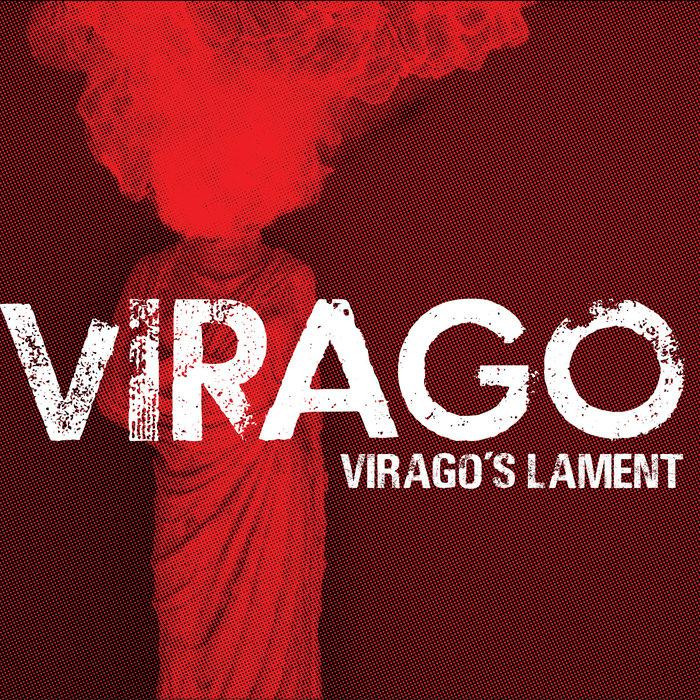 The Wikipedia article about the word “virago” is a glimpse into the way that women have been treated in the English language, and in Western culture generally. Briefly, the origin of the word goes back to Roman times, when the highest virtues were held to be such “masculine” (vir) traits as valor, heroism, morality, and strength; a woman who exhibited those traits was held in high regard, and called virago, or man-like. Centuries later, in a very common process, the word came to have negative connotations, as a woman with “man-like” qualities such as assertiveness or physical strength was regarded as undesirable. Jane Mabrysmith formed the band Virago, and chose a name that seeks to take back ownership of a term seen as negative for centuries, perhaps restoring some of the more admirable implications it originally had. In any case, Virago the band is a powerful statement of how a woman can be a force in rock music. This is aggressive rock sharing more sonic qualities with 90s grunge than with heavy metal, a raw and creative band fronted by strong vocals. The music also takes a few cues from progressive rock, with occasional odd meters and complex arrangements. Mabrysmith plays various instruments as well as singing, and she’s joined by Amy Denio (bass, vocals) and Alex Dillard (drums, keyboards) as band members, along with guest appearances by Alex Faide (guitar), Gretta Harley (keyboards, guitar, vocals), and Michelle Brayson (vocals). These songs join the impact of honest rock music with the passion of great lead vocals and the creativity of musicians whose knowledge goes well beyond the mainstream of hit radio. As historian Laura Thatcher Ulrich wrote, “Well-behaved women seldom make history,” and Virago’s Lament is ample evidence that a skilled but not necessarily well-behaved woman can make great music.