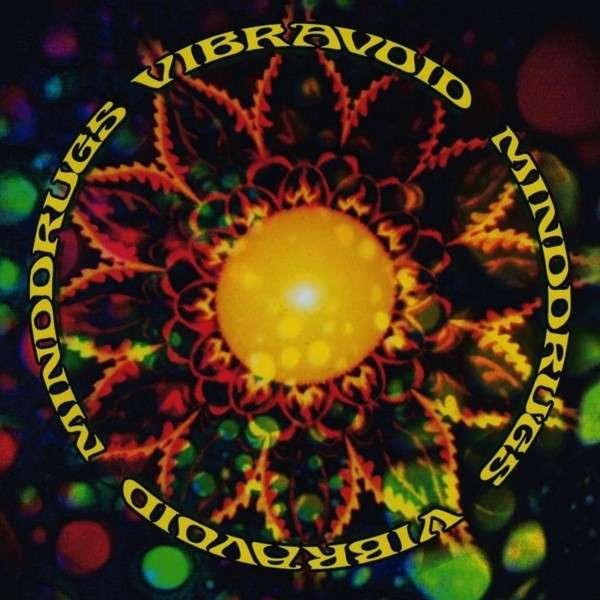 In 2011 Germany’s psych rock impresarios Vibravoid released Minddrugs, a collection of six trippy acid-drenched psych songs: “Seefeel,” “What You Want,” “Do It Allright,” “You Keep on Falling,” “Lost Intensity,” and an outstanding 23 minute cover of Pink Floyd’s “Set the Controls for the Heart of the Sun.” This past spring Christian Koch, aka Vibravoid, released a remastered version of Minddrugs and adding a ton of music to flesh it out to two full CDs. This remastered version has a warmer and richer sound than the original, which greatly enhances the music. The timing of the tracks is roughly the same, but Christian opted to shorten “Set the Controls...” about a minute. However, that does not detract from the music. The bonus tracks on disc 1 include two more excellent Pink Floyd covers, “Let There Be More Light” and “A Saucerful of Secrets” from the limited edition Fruits de Mer EP released in 2010, plus a single version of “You Keep on Falling” and an alternative version of “What You Want.” The second disc contains five tracks recorded live for UK’s Kozmik Ken’s radio show, six tracks recorded live for Piotre Benton’s Italian radio show, and two tracks from their Triptamine EP released in 2008. The two radio shows feature live versions of selected tracks from Vibravoid’s recent releases: Distortions (2009), Delerio dei Sensi (2013), Gravity Zero (2012), Minddrugs (2011), and the Fruits de Mer single Colour Your Mind (2013), as well as covers of Strawberry Alarm Clock’s “Incense and Peppermints” and Can’s “Mother Sky.” Vibravoid is a prolific band, but with many hard to find releases. This remastered version of Minddrugs is an excellent opportunity to own music that is virtually impossible to obtain any other way. So pop these discs into your player, kick back, and take journey into the hidden recesses of your mind.

Happy Rhodes - Many Worlds Are Born Tonight – Happy Rhodes is now at her eighth studio album, and it is her first to be released on a label other than her own Aural Gratification. Not that signing with Samson is exactly a move to the majors. This...  (1999) » Read more