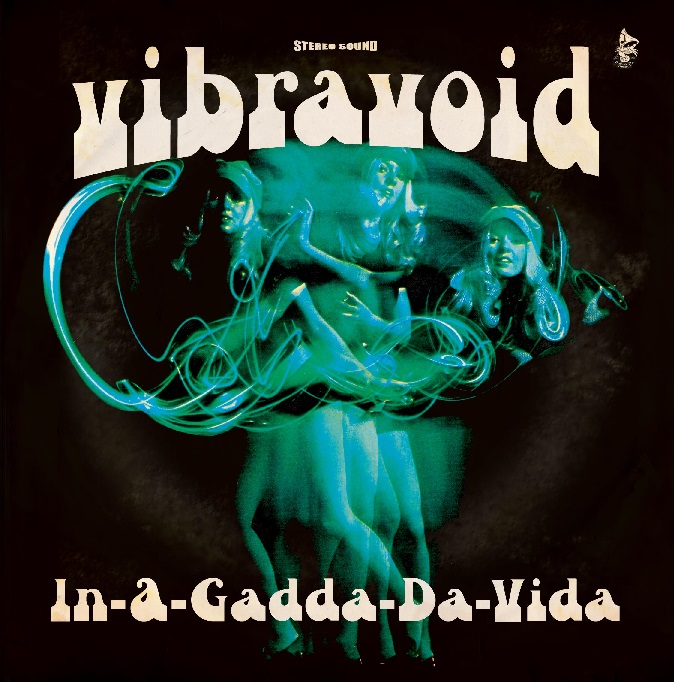 It is always risky to cover an iconic song, as it invariably draws comparisons to the original. Not one to shy away from iconic psychedelic treasures, Vibravoid’s Christian Koch has incorporated Iron Butterfly’s classic “In-a-Gadda-da-Vida” in their live performance for some time. This August sees the release of a studio version on Fruits de Mer. Back in 1968 Iron Butterfly released two versions of this song, an edited single and the side-long 16 minute version with the amazing drum, organ, and guitar solos. Vibravoid have created a shortened version that spans the two sides of the 7 inch, for a total of ten minutes. I listened to the Iron Butterfly so much in 1968 that I have effectively memorized the song, so much so that I cannot help but focus on where Vibravoid misses the boat, rather than enjoy this new version. The guitar work is exemplary, as well as the drums (although there are some shortcomings with the cloned drum solo) and the organ work. What I have difficulty getting passed is Christian’s vocals. They just do not capture Doug Ingle’s testosterone-laden mellifluous baritone. But for those of you who are much younger than I, you won’t have this same bias and will be able to enjoy this new release. Kudos to Vibravoid to taking on this challenge!