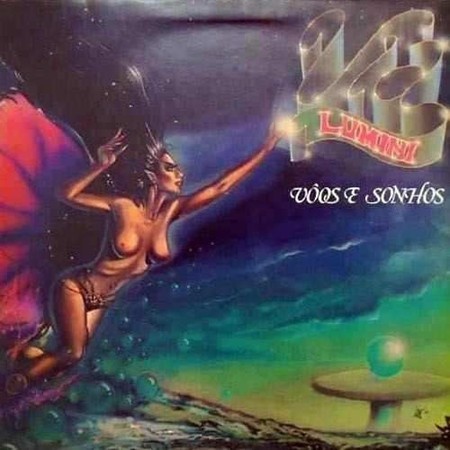 This was the last Progressive Rock Worldwide release to appear in LP format, and as of yet has not been reissued on CD. Unlike the Tellah album, this release was by a new young band from Sao Paulo. Their style might be described as neo-prog, synth-based as it is. But keyboardist Mauro Cannalonga uses some analog synths, lending an eye-popping quality to many of the keyboard solos (the impressive instrumental track "Gaia" in particular). The weak link in the chain is lead singer Edilson "Nene" Rodrigues, whose weak, somewhat stylized voice brings Kalaban to mind. By and large the "high-tech" synth-based nature of much of the music recalls some of the East Euro bands (e.g.: East or Exodus). Camel is another possible influence, surfacing especially on the wonderful instrumental title track; helped in no due part by guest flute player Silvio de Oliveira. Mention must also go to the gorgeous cover-art by Jó Nunes, who also did the Trem do Futuro cover.