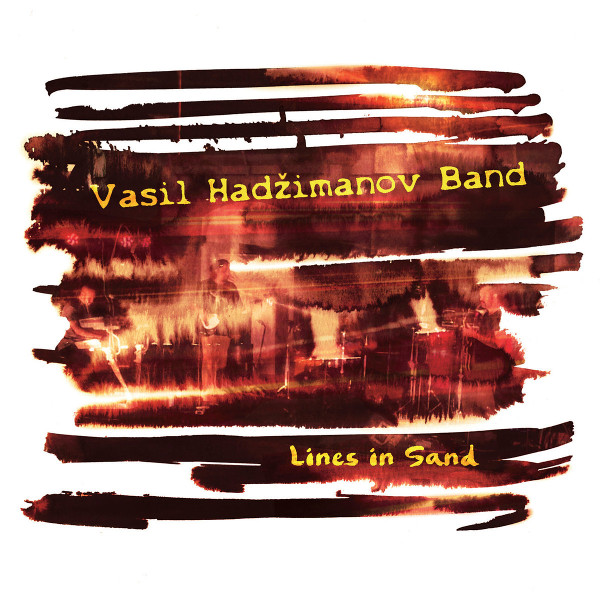 Serbian keyboard maestro Vasil Hadžimanov is back with his crack band of jazz-rock players for Lines in Sand. These 12 cuts cover a lot of ground stylistically, from funky electric jazz to jazzy blues-pop, and feature guests on sax and vocals. The band remains intact from 2016’s Alive (minus guest David Binney, of course) and they’re as tight as ever. The rhythm section consists of Miroslav Tovirac (bass), Pedja Milutinović (drums), and Bojan Ivković (percussion, vocals), with Branko Trijić on guitar and Hadžimanov on a wide range of keyboards. Rastko Obradović plays sax on two tracks, and vocalists Dean Bowman and Marta Hadžimanov each guest on one track. For my money, the upbeat tunes are the best, such as the title track and “Mr. Moonjune,” while the slower tracks sometimes get dangerously close to the dreaded realm of smooth jazz. An exception to this is “Lost,” which features Marta Hadžimanov’s lovely vocals and enough harmonic interest in the arrangement to rise above the level of sappy, not to mention a tasty guitar solo. The brief interlude called “Kazi” provides an interesting electronic intro to “Kazi Gradiska,” which takes the same material into high-energy jazz-rock territory that reminds me a bit of something Jan Hammer might have done on Oh, Yeah? or Melodies. I’m not fond of Bowman’s soulful R&B inflected vocals on “For Clara,” though the tune itself is good, with some interesting electronic twists in the instrumentation. The album finishes off with a strong run of compositions featuring a Serbian flavor: “Freedom from the Past,” “Ratnici Podzemlja,” and “Rege Hadži,” capping another great release from this superb band.