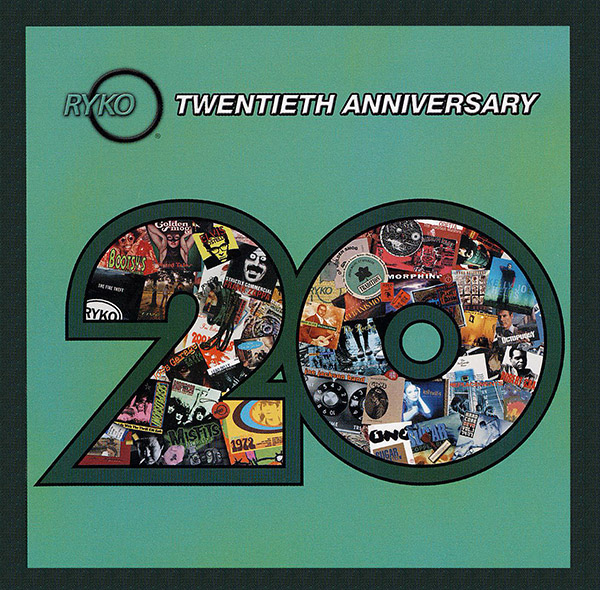 It's surprising that Rykodisc is still around, considering that the advent of digital recordings and CDs has now evolved and been relegated to old school. Since it is a year of anniversaries, Rykodisc has combed through their vast back catalog and served up a representative set of tracks and artists that indicate just how innovative the label was when record companies were too slow to adopt new technologies. This two-disc retrospective is a balanced look at selections ranging from Frank Zappa to the Replacements and Yoko Ono's controversial works to English folk legend Nick Drake. In the last twenty years Ryko had the foresight to offer David Bowie a non-nonsense deal to remaster his entire back catalog and issue one of the first boxed sets, Sound and Vision, which I still have on my shelf, that captured the marketplace with the precedent setting of presenting rare live and demo recordings that not only appealed to collectors but curious newbies. Devo's herky-jerky cover of the Rolling Stones' "Satisfaction" (which was a gale of fresh alternative air) stands up well against musical cousins They Might be Giants, if only for originality and quirkiness. In the 90s the label was a vanguard for independent artists such as Morphine, Golden Smog, and Soul Asylum, all with various degrees of acclaim, recognition (and eventually leading to signing with major labels after Ryko helped get them on the map). There are artists as diverse as UK folk rocker Richard Thompson (1983's "Tear Stained Letter") to groove masters Medeski Martin & Wood's track "Bubblehouse." Lastly, let us not forget that Frank Zappa also chose the same label to release his back catalog (represented on disc two with "Joe's Garage"). In summary, without Rykodisc pushing major labels into the early digital age, it would have been several more years before CDs replaced LPs and cassettes as the media of choice for music delivery.