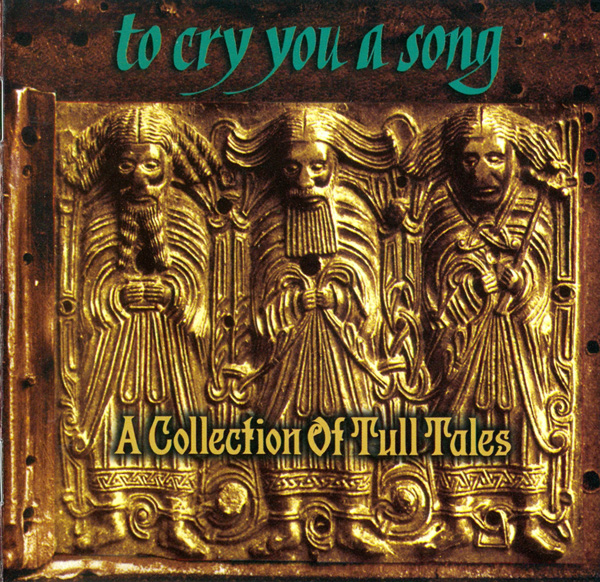 At first thought, this disc had the possibility of being not just another tribute album with renditions of classic songs by wimpy bands and weird line-ups. But as with some expectations, they can tend to fall short, whereas there may be a few surprises as well. The thing which makes this one quite different is the premise that 3/4 of the original line-up from 1968 (pre-Martin Barre) has been collected together for six of the tracks. The core musical period reprised is from the Tull early vintage years: '69-'72. The lead off and only new cut, “A Tull Tale” by Magna Carta artists Magellan is mostly a variation on “Bourée” with some trademark although weak Anderson flutisms. This leads into a metalish interpretation of classic rock staple, "Aqualung." "Mother Goose" is performed by Leif Sorbye, leader of Celtic group, Tempest. He gives the old whimsical acoustic number a more standard folkish feel than the original recording. The all-star line-up for "Nothing Is Easy" (originally from Tull's second album, Stand Up) is well worth acknowledging too: John Wetton gives a gutsy lead vocal reading which fits into his range rather well. And guitarists Phil Manzanera and Mick Abrahams provide some great tension on the old blues number too. Roy Harper's rendition of Living in the Past's "Up the 'Pool" includes a bungled intro that adds a coy flavor to his inimitable, British Bob Dylan like style. Lastly, I was very impressed with the detailed liner notes which vastly better than any other tribute disc so far on the label: chronicling fond memories of being on the road with peers and acknowledgments of influences. Robert Berry's production stamp also gives the disc a very bright modern vibe. Also featured are groups Tempest, Echolyn, Wolfstone, Dave Pegg and son, and Robby Steinhard (ex-Kansas) as well as several other notables.