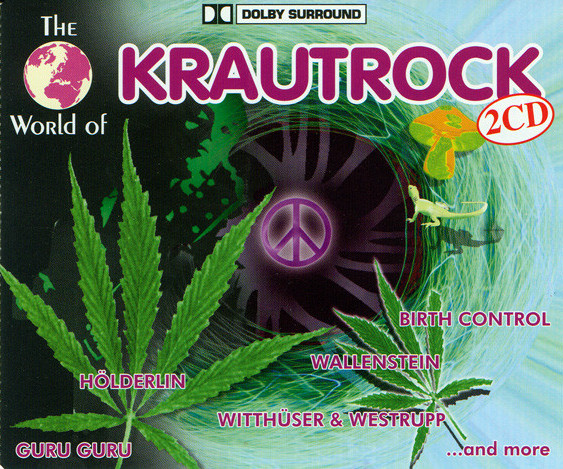 Well this is a sweet little compilation. You get nearly two hours of vintage Krautrock. Krautrock? To me it’s very similar to the Hard Rock bands of the day (early 70s Deep Purple and Black Sabbath come to mind) but heavier on the Hammond or synthesizer and not quite the guitar focus (though it is there). The music also features a strong, driving rhythm, mostly blues-rock based. ZYX has given us some of the best (and worst). I am really not into Guru Guru; their Hendrix sounding weirdness doesn’t interest me much. But you do get three songs by them if you’re curious. Birth Control is another band I had seen albums by but had never heard before, a wee bit better that Guru Guru, kind of fun, but pretty basic over-the-top rock and roll. What’s hot are the four tracks by Wallenstein, these guys kick ass, great rock. Bröselmachine’s "Schmetterling" and Witthüser & Westrupp’s "Der Rat der Motten" are great songs by bands I had never heard before and want to hear more! A track from that first Hölderlin appears here as well. There is a lot of variety in the bands, elements of rock, folk and blues. In all this 2CD set is a great opportunity to rock out with some of Germany’s best. The CD is recorded in Dolby Surround as well, whatever that’s worth.