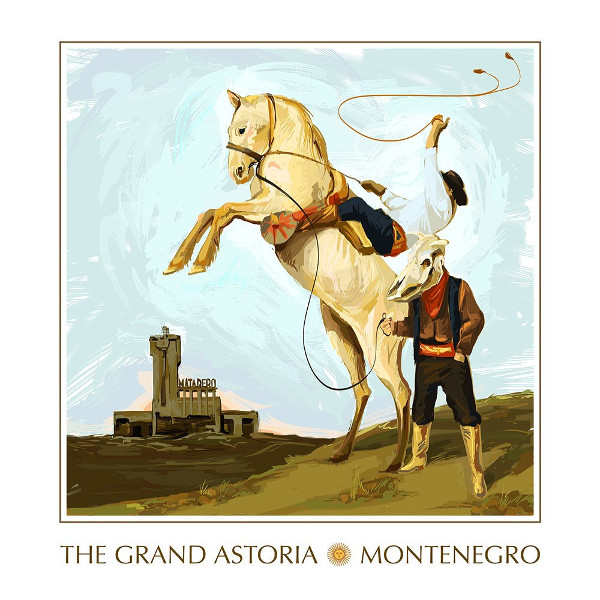 Here we have an interesting split release by Russia’s The Grand Astoria and Argentina’s Montenegro. Each band contributed one long track — The Grand Astoria’s is “The Body Limits” and Montenegro’s is “El Matador.” “The Body Limits” clocks in at just above 29 minutes and, in my opinion, could have been five minutes shorter through some judicial editing of the slowly developing intro. The music finally begins to develop after about seven minutes, with the tempo taking off at the 11-minute mark. Soon we have fuzzed bass and guitar for some cool stoner rock and the vocalist sounding a bit like Ozzie. The music continues to shift and change with experimental scraping sounds segueing to rapid beats, culminating in a psych freakout jam that morphs back to Black Sabbath territory and blues rock, only to close out with jazz fusion and pleasant wordless vocals. Quite a long and strange trip exploring the limits of the body. In contrast “El Matador” is ten minutes shorter and far superior. The music is in the gothic western mode with growling guitar riffs, inspired bass and drums, and vocals. There are again lots of complex changes with an interlude of Spanish guitar around the 14-minute mark, along with bird song and some bluesy, jazzy moments. Then Montenegro shifts back to a blues rock jam and an energetic climax with sustained chords that slowly fades away. This is an interesting split that juxtaposes two bands on opposite continents with similar musical styles.