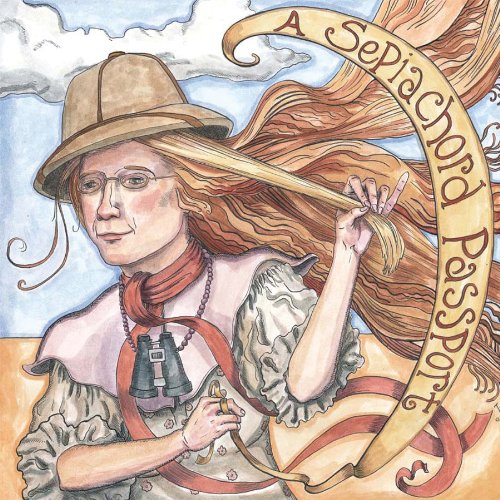 There is a sub-genre of speculative fiction called Steampunk (see Wikipedia) and a corresponding musical sub-genre. For many years Sepiachord.com has been promoting artists exploring this strange musical underworld and have now released a 20-song compilation featuring some of the best. Most are unknown to Exposé readers except for Black Tape for a Blue Girl. The challenge with any compilation is to present a consistent package, and as with most, A Sepiachord Passport is uneven with only about 50% worthy of notice. Listening to this disk is an outré experience, like wading through a Victorian Freak Show. Many of these artists are odd wads, akin to, but much edgier than, the SCAs. Take for example the opening band, the TigerLillies, a British trio with the bandleader singing bizarre falsetto cabaret tunes. Other acts hail from Seattle, New York, and Norway. Each has its own peculiar take on Steampunk, be it burlesque, vaudeville, dance hall, cabaret, gypsy punk, neo-folk, twisted waltzes, or circus blues. A couple of the outstanding songs include "Scarlet Carpet Interstate, Part One," a gypsy inspired garage band psych instrumental and the gothic western song "The Ballad of Black Jack Jezebel," sounding like a twisted "Ghost Riders." Then there is "Dance Master," with its beautiful Scheherazade violin solo that almost saves the song from Veronique Chevalier's forced Yiddish accented vocals and lyrics. A Sepiachord Passport verges on being a novelty record, but it should appeal to fans of the burgeoning Steampunk scene.