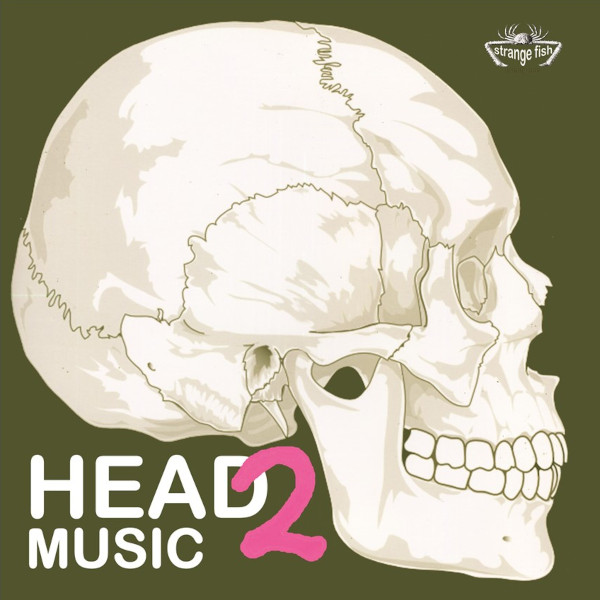 On New Years Eve 2020, Fruits de Mer released their much anticipated new collection of reimagined, reinterpreted Krautrock classics, Head Music 2, as a triple slab of vinyl. FdM’s first foray into Krautrock and the Brain label was their 2012 double LP compilation Head Music. With this new second chapter, we are treated to Vespero, Das Blaue Palais, Tony Swettenham, Cary Grace, Revbjelde, Jay Tausig, Schizo Fun Addict, The Legendary Flower Punk, Rob Gould, Maat Lander, Spurious Transients, Black Tempest, and The Arthur Park exploring Amon Düül, Amon Düül II, Faust, Agitation Free, Embryo, Mythos, Eloy, Can, Cosmic Jokers, Michael Rother, Brainticket, Kraftwerk, and Edgar Froese. Five of the six sides revisit some of the heavier sounds and heavier German bands from the early 70s, though Side Six contains new interpretations of Kraftwerk’s classic “Autobahn” and Can’s “Moonshake.” The entire set consists of covers, though strictly speaking Schizo Fun Addict’s contribution “Galactic Joke Part D (Inspired by the Cosmic Jokers)” is original, yet heavily indebted to the Cosmic Jokers. Spanning seventeen tracks and clocking in at two hours, the music holds together remarkably well, despite some covers not living up to the iconic originals (which may only make a difference to those of us growing up with these tunes) and The Arthur Park’s funky R&B rendition of “Moonshake” that seems a bit out of place with the rest of the tracks, but they do faithfully convey Can’s motorik rhythm. And there is a suitably creepy YouTube video of a 70s/80s German exercise video with dancing guys in sports jerseys, short shorts, and knee socks and women in leotards, set to the music. Some of the highlights are Vespero’s instrumental cover of “Between the Eyes” that opens the triple album and their cover of Eloy’s “Castle in the Air,” Cary Grace’s edgy cover of “Surrounded by the Stars,” Jay Tausig’s reinterpretation of “Father Cannot Yell,” and Schizo Fun Addicts’ cosmic jam, though it is not as crazed as the lysergic drenched Cosmic Jokers and Dr. Tim. I did not like The Legendary Flower Punk’s version of Michael Rother’s “Sonnenrad” — it is too slow and depressing, unlike Rother’s sunny sprightly original. Fortunately for FdM, but unfortunately for the rest of the world, this set sold out on pre-orders, so you may be able to find a copy on eBay, but at a much higher price. Once again, FdM outdoes themselves in promoting excellent music from over 50 years ago.