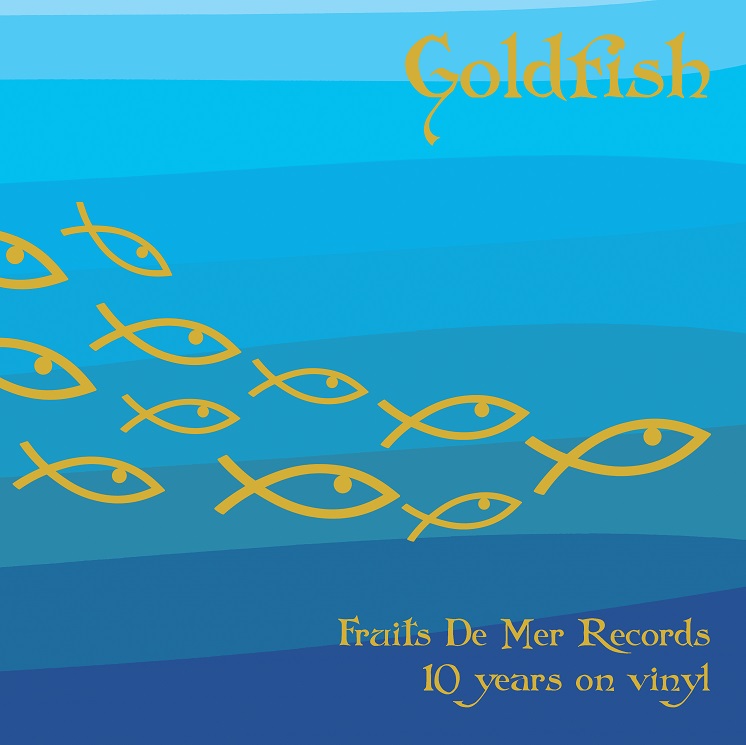 Hardly seems possible, but Fruits de Mer Records has reached the ripe old age of 10. And to celebrate this milestone, they released a triple LP in a gatefold sleeve that features selections from their first to most recent releases. Not every artist is on this release — most notably Austin’s Proud Peasant is conspicuous in its absence. But the FdM bands that have appeared on various releases over the past decade are here: The Pretty Things, nick nicely, Tír na nÓg, The Chemistry Set, Stay, Beautify Junkyards, Cranium Pie, Astralasia, Sendelica, Vibravoid, Superfjord, Soft Hearted Scientists, The Honey Pot, Us & Them, and Crystal Jacqueline to name a few. Keith Jones tried his best not to duplicate the tracks from Record Collector’s 2016 Plankton LP. The combination of Goldfish and Plankton delivers most the tracks from the out of print early FdM releases. So these two compilations are a great way to at least hear the music. For me, all that is missing now is the third track “Chicago” from the first FdM 7 inch by Spain’s Stay. There is not much point in reviewing the music on Goldfish as much of it has already appeared on Exposé over the years. Suffice it to say that the flow of the music (rock, psychedelic, progressive, Krautrock, acid folk, etc.) on Goldfish follows some kind of thread tying all of these artists and their music together. In addition to the three gold vinyl LPs, there is bonus gold vinyl 7-inch, the little goldfish, that contains two songs that should have been on the 3LP set, but were not approved for release by the artists until the LPs were in the test pressing stage. If you have yet to experience Fruits der Mer and the bands they’ve featured, Goldfish is an excellent introduction to the label and music from some of today's best independent artists.