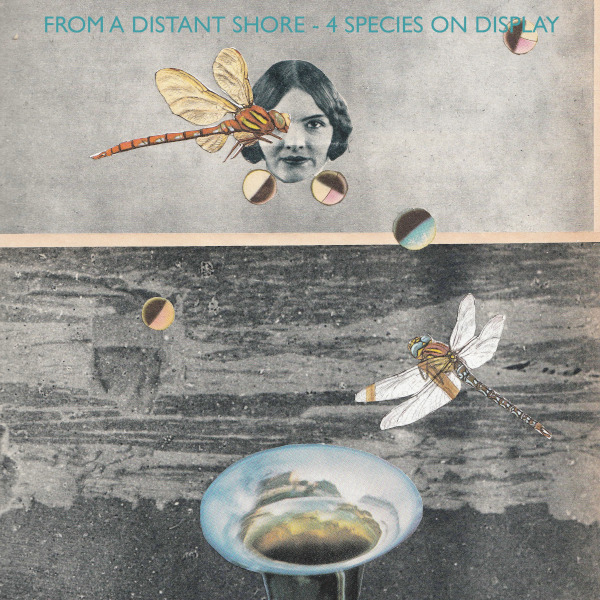 Last Fall Mega Dodo released an interesting compilation that explores the borderlands of Swedish folklore and mystery, From a Distant Shore. Unlike many compilations with one track by each artist, From a Distant Shore presents three tracks each from four unique Swedish groups: Us & Them, Astor Wolfe, Eve and the Last Waltz, and Internal Planet. Us & Them are no strangers to Exposé, we have been covering them for several years, but the other three are newcomers to our site. Eve and the Last Waltz hails from Stockholm and focuses around singer songwriter Eva Lalander. Internal Planet is muli-instrumentalist and producer at the Swedish national radio broadcasting company Ludvig Josephson. And Astor Wolfe is a solo artist. Each band contributed three songs that are divided into four groupings to avoid one group dominating the release. The three Us & Them songs are “Among Antiques,” “In Between Times,” and “Roller Coaster.” These are Us & Them at their best with their signature outré acid folk sound. Eve and the Last Waltz’ music is both childlike and sinister with Eva sounding like Malvina Reynolds across the three songs “I Could Neve Sleep,” “Waltzing Bird Crowds,” and “Reflections.” Plus I found “Reflections” to be the best track on the album. Internal Planet’s three songs — “Frames of Reality,” “Defining Moments,” and “The Intruder” — are different from the rest of the album, more of a prog / psych rock format. Interestingly I discovered something that has been bugging me for decades, what are those birds on Pink Floyd’s “Grantchester Meadows?” Those are skylarks, birds we don’t encounter in the US, and Ludvig just happens to name them at the beginning of “The Intruder,” clearing up this mystery for me. And then we come to Astor Wolfe’s three songs “Emerald Green,” “Heart of Pebblestone Beach,” and “Leontine Looking Glass.” Astor’s songs are pure faerie and remind me of In Gowan Ring and also Donovan’s mid-period. From a Distant Shore is a great acid folk / neo-psych / prog album.

Related artist(s): Us and Them, Various Artists