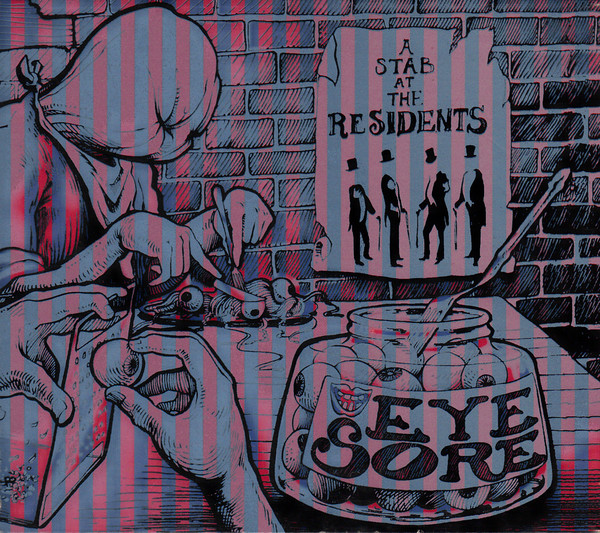 The Residents were, and still are, a band that is truly one of a kind. They were experimenting with sound fragments and executing twisted parodies of countless musical styles as far back as 1973, long before such a musical approach even had a name. As founders of the Ralph label, the Residents had an immeasurable influence on everyone from Fred Frith to Devo. And yet, they have still managed to maintain complete anonymity — their rare live performances (check out the Mole Show CD) were performed in eyeball-head costume, from behind a silk screen. That sort of detachment from the members' personalities leaves only the music itself as the measuring stick by which this band must be judged. Being a fan and knowing all of this, I was somewhat unsure about the veracity of a Residents tribute album. How could anyone duplicate that sort of twisted genius?

Actually, this tribute album works a surpirisingly high percentage of the time. It starts off great with "Mahogany Wood" (done by Only a Mother), which sounds frighteningly like the unfab four themselves. Most of the bands are unknown weirdo bands that obviously have taken in the Residents approach as the basis for the band itself. Some familiar names pop up, however, such as Primus ("Hello Skinny / Constantinople"; they have also recorded "Sinister Exaggerator" on one of their EPs), Snakefinger ("Smelly Tongues"), U Totem ("Sinister Exaggerator"), Thinking Fellers Union Local 282 ("Electrocutioner"), Amy Denio ("Act of Being Polite"), and even Cracker ("Blue Rosebuds").

Overall, this compilation does justice to the Residents' legacy, although I would have preferred a higher concentration on their 70s material, of which I am a big fan. Too often, the versions offered here sound too "nice" and could benefit from the edge the Residents themselves gave to their performances. Still, fans of the Residents may find a few thrills here. For those looking for an introduction, pick up the Residents' Hell! compilation on Rykodisc, or check out the Mole Show CD mentioned earlier.