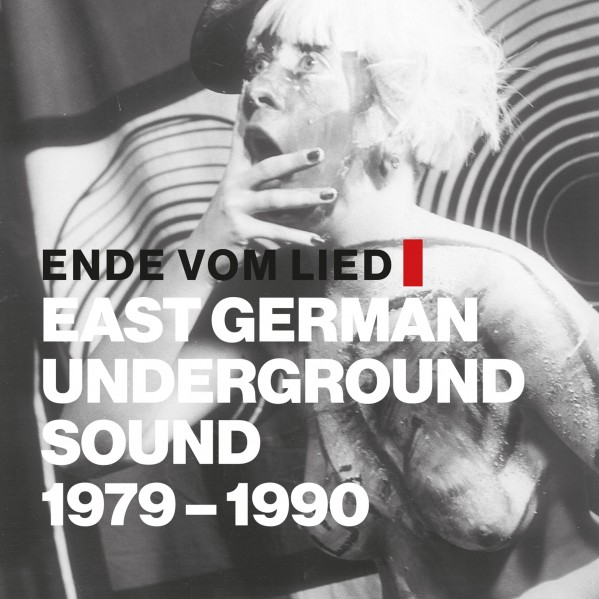 In the aftermath of 70s progressive music and the primal scream that was punk, many artists tried other avenues of expression through blending of music with poetry or painting. In the West we had the advent of New Wave and New Age music. Behind the wall in the German Democratic Republic (AKA East Germany), they had limited exposure to the music of the free world, so their search for new means of expression was a tightrope walk between subculture and dictatorship. The new compilation Ende vom Lied (The End of the Song) is a collection of 24 tracks spanning 1979 - 1990 from various East German artists operating below the radar. Most likely you will not recognize any of the names, so there is no point in listing them. But what is interesting with this collection is the genre-spanning range of music (punk, new wave, new age, electronica, avant-garde, psychedelia, and progressive jazz) that was happening during this period in East Germany. I visited East Germany in 1989, six months before the Wall came down, and the only music I was exposed to at that time was their awful popular dance party music. Listening to these different songs and groups, I hear references to Joy Division, Die Tödliche Doris, MX80 Sound, Der Plan, Sex Pistols, The Go-Gos, HP Lovecraft, Chrome, Killing Joke, Bauhaus, and dub. Of course there are several raucous and screaming punk songs, but there is an oompah brass ditty, “Keiter Schwaß,” that is amazingly engaging. Bascially there is something for everyone on this compilation. Plus it presents an interesting musical slice of history when the European world was quite different from what it is today.