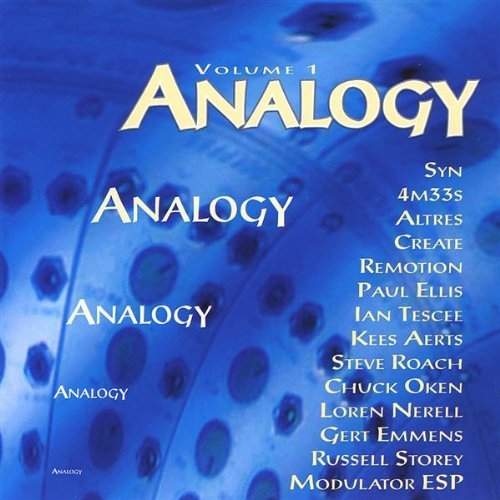 Listeners who doubt the fact that the majority of music which is made with analog synthesizers sounds mysterious and fathomed, should listen to this album. Several musicians from the Dutch EM-forum came up with the idea to join forces for a tribute to the late great Robert Moog. The result is a wondrous palette of coloring. Syn explores the flowing cosmic side with his “Viking Mission II,” while the collaboration of Nerell, Roach and Oken ducks deeper and lands in a pool of bubbling mud surrounded by hidden swamp creatures that breathe in thick air. Gert Emmens and Ian Tescee wrote pieces that show their romantic vision. After all these years Klaus Schulze still remains a major influence to many, like Create, Altres, and Modulator ESP prove with their sequencer-driven paintings. Two minuses: Russel Stories “Cosmic Kiwi” leans too much on effect and 4M33’s “Mastering of Elegy” should have been cut down on volume. A nice treat for the fans, who will now long for Volume 2.