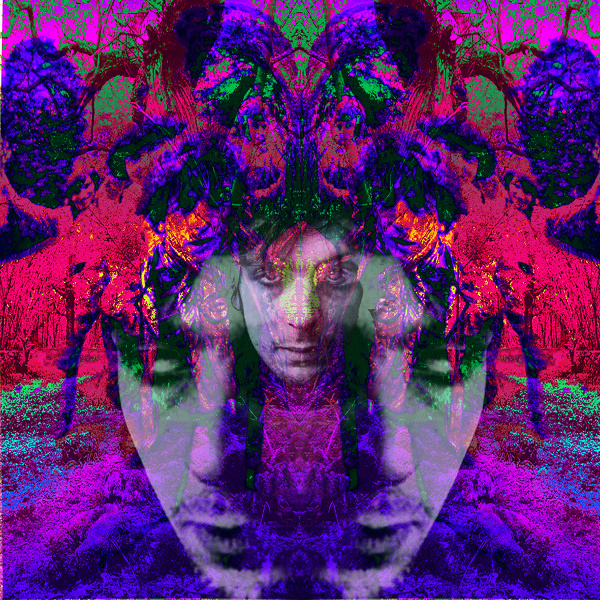 On July 11, 2015 Mega Dodo released a limited edition (100 copies) package containing two CDs filled with music by many of the bands debuted by Fruits de Mer over the years and a 288 page hard cover book of quotes from eighty different bands, performers, artists, and label heads providing answers to thirteen different questions. Subtitled an Anthology of Modern Acid-Folk-Haunt-Psych-Prog-Space-Kraut-Radiophonic-Rock Etcetera Quotes, the premise for this effort is if you attended a séance for Syd Barrett, what would you do to make the Madcap laugh? What one question would you ask? Author Dave Thompson compiled the answers, not everyone was compelled to answer every question, making for a fascinating read. Here is a paraphrase the baker’s dozen:

In addition to the answers, the book contains an intro by Nik Turner, band photos, and lots of Fruits de Mer artwork and posters.

The 34 tracks spanning the two CDs are a musical accompaniment to the book. And for those who invest in this compilation, there are an additional six songs from obscure bands to download (Dodson and Fogg, Francois Sky, Chonyid, Army of Mice, The Floating World, and United Bible Studies). The music is a smorgasbord of acid-folk, gothic psych, pop psych, space rock, and Krautrock. Some of the songs either bear a resemblance to Syd and early Pink Floyd or the subject matter provides the tie. In some cases the songs make be unique to this compilation, while other songs come from recent releases. Of the 34 artists on the two CDs, I am familiar with and have reviewed many of them (linked below): Sand Snowman, Mordecai Smyth, Sendelica, The Chemistry Set, Palace of Swords, Will Z., Judy Dyble, Mark and the Clouds, Schizo Fun Addict, Beautify Junkyards, The Luck of Eden Hall, King Penguin, Sky Picnic, The Blue Giant Zeta Puppies, Stay, Mooch, Sproatly Smith, Beaulieu Porch, The Bordellos, Grandpa Egg, and Octopus Syng.

I don’t know where to begin talking about the music. As with most compilations, there will be songs that you love and others not so much. In my opinion, the best song on the set is “Bard of Eve” by The Hare and The Moon, a brand new band for me. The song reminded me a bit of Popol Vul mixed in with tribal drums and a gothic ambiance similar to the band Unto Ashes. Other songs that resonated with me are “The Owl and the Moon” by another unknown band The Fallen playing a slow, dark, gothic spaghetti western soundtrack; “Institute of Mental Health” by Mordecai Smyth that is the first song on the set where I detect a tie to Syd Barrett; “The Craeft Worker (demo),” a Krautrock instrumental by Sendelica; the harp and trippy psych-Byrds vibe of “Elapsed Memories” by The Chemistry Set; Judy Dyble’s exquisite live performance of “Crowbaby” with another tie-in to Syd; the minimal psych-pop and fantastic violin solo from newcomer Paolo Sala on “You Don’t Know, Do You;” 60s psych with tremolo guitar on “You Got Me Going” from Stay; Diane Collier’s hauntingly beautiful a capella “Two Brothers” that reminds me of “John Barleycorn;” Sproatly Smith’s Ummagumma-esque trip to faerie via “Pixieled;” Beaulieu Porch’s trippy “The Colour 55;” Grandpa Egg’s acoustic “Compound Eyes” with Jeb’s voice evoking Syd Barrett; and Octopus Syng’s lysergic “Countryside Mysticism.”

If you cannot find a copy, you can always go to Bandcamp and listen to the music. It will be well worth spending two and a half hours of your valuable time.