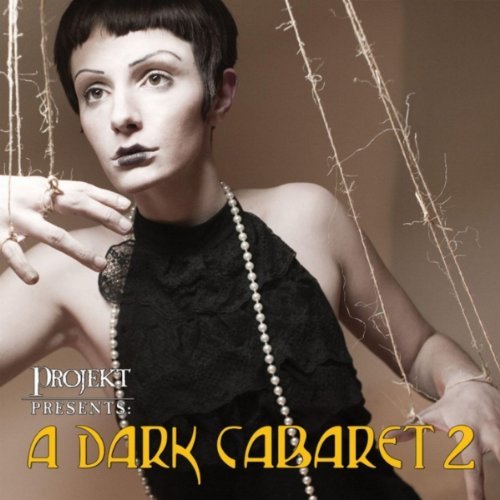 This Projekt compilation is the follow up to their successful Dark Cabaret 1 released in 2005. This new collection consists of 12 decadent, alluring, twisted, demonic, and sometimes savage and creepy songs from the darker side of life. Most of the artists are new up and coming post-goth bands. The disk opens with "Coin Operated Goi," Voltaire's lampoon of the Dresden Dolls' hit, which sets the stage for the rest of the songs. Picture, if you will, talented vampires or zombies aggressively playing drums, piano, guitars, cellos, and violins to perform sexually charged tin pan alley, dance hall, cabaret, or Middle Eastern inspired tunes and dark lyrics. Kind of like sitting in a dark, sleazy German Weimar-era club and indulging yourself while drowning your sorrows and ignoring what is going on in the real world. Noteworthy songs on this disk are Humanwine's "Rivolta Silenziosa" and Birdeatsbaby's "The Trouble." In fact, the stylized and artistic video for "The Trouble" has had over 140,000 YouTube hits. This new trend in music is a natural outgrowth from the punk and goth movement, but it does leave you feeling dirty and that you probably should have done something different with your life. As a side note, former Dresden Dolls singer Amanda Palmer raised over a million dollars from Internet subscriptions since April 2012 to finance her next album. So there is growing interest in this music. Given a choice, Dark Cabaret 2 is better place to start exploring than A Sepiachord Passport.