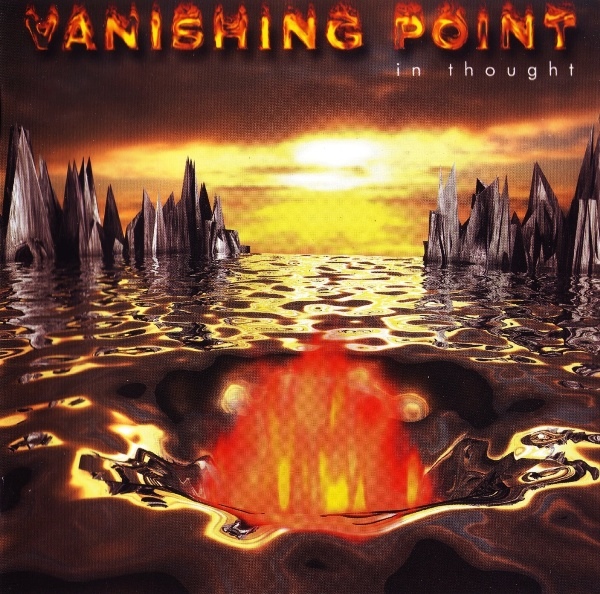 After a while I begin to wonder why Angular keeps sending us these metal bands to review. They must be absolute gluttons for punishment. Perhaps they have some weird German fondness for pain. Who knows? But then again, bands like Vanishing Point (and the seemingly endless others like them) do have redeeming qualities if one is willing to approach them with an open mind. A very open mind. In the interest of constructive criticism, I'll go ahead and point out the band's strengths and weaknesses as heard on this disc, their debut. Much is made by Angular that this quintet (double guitars) hails from Australia though there's nothing in their sound to set them apart from the myriad other bands mining the same ore: crunchy guitars, oh-so-tough vocals, thudding bass, and guitar – you know the drill. The ten songs are all minor key mini-opuses on topics such as fate, destiny, individuality, etc. There's even the 'sensitive ballad,' "A Memory," featuring piano (played by a non-band member) and some truly miserable singing. Still, the band displays promise in the dual guitar attack of Tom Vucur and Chris Porcianko, with some inventive arranging and styling, as best seen on the tracks "Vanishing Point" and "Dream Maker." Plus, like all good metal bands, Vanishing Point gives the material a certain visceral appeal through sheer weight and forcefulness. Unfortunately, while that may earn them points with the metal crowd, for the average Exposé reader it's not a recipe for success.